Why are Hillingdon residents being caught out by planning laws? We take a look at the rules 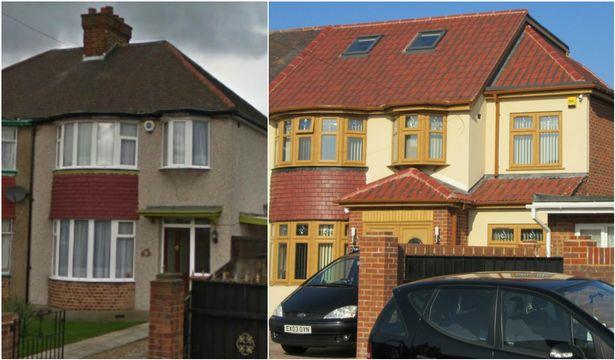 With two recent prosecutions of people in Hayes for planning law breaches we have put together some of the key planning laws to bear in mind before carrying out work on your own home.

Akmal Hussain, of Colbrook Close, has been given six months to tear down his large extension after he failed to seek planning permission.

The 40-year-old was fined £8,000 for carrying out the illegal work after being taken to court by Hillingdon Council.

Some house extensions are allowed without planning permission, but only if certain conditions are met.

Cladding on any part of the outside of a house or extension with stone, artificial stone, pebble dash, render, timber, plastic or tiles is not permitted if it is in a conservation area or area of outstanding natural beauty.

The extension also must not exceed 50% of the area of land around the original house.

The building work must not extend beyond the principal elevation, or side elevation of a house fronting a highway.

Also any extension of more than one storey must not extend beyond the rear wall of the house by more than three metres, and it must not be within seven metres off any boundary opposite the back wall.

Materials also have to appear similar to those used in the existing house.

Hayes landlord could be jailed

A Hayes landlord was also prosecuted recently by Hillingdon Council and faces jail if she does not pay back more than £140,000 after she illegally converted a house into flats.

Surinder Kaur Sethi, 61, was caught by planning officers after she converted her single occupancy house in Balmoral Drive into two self contained flats without seeking permission first.

The landlord, of Frogmore Avenue, raised £142,490 in rent but this will be confiscated after she was sentenced at Isleworth Crown Court earlier this month.

To convert a house or single flat into multiple flats or houses always requires planning permission and if a house is listed the homeowner will need further consent before starting work.

Also if a house is in a conservation area and involves demolition then the homeowner might need planning approval from the council.

Conversions of properties also require approval under the government's building regulations which you can get through your council or through a private inspector.

Homeowners may also have to contact London Fire Brigade over issues regarding fire escapes if there is likely to be an issue over safety.

Sub-divided buildings also need to be licensed to make it a House in Multiple Occupancy (HMO).

HMO applications can be made to the planning authority and you must have a current gas safety certificate, a fire alarm certificate, electrical installation condition report and a floor plan of the property.

Hillingdon Council says it can take action against people who breach planning laws when they become a concern to the public.

Unauthorised building works, extensions, outbuildings and changes to a roof are just some of the things that can be reported online.