Which UK city is number one for house price growth? 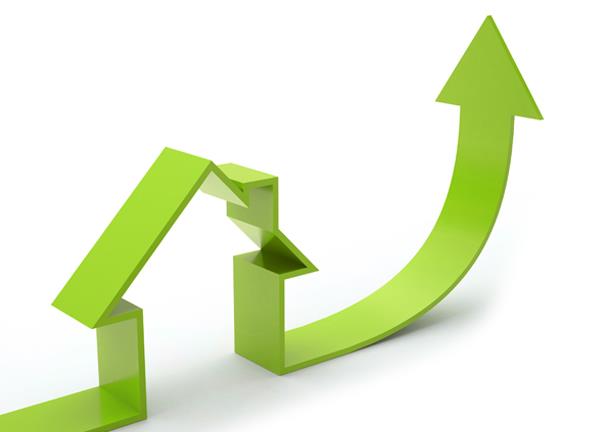 The focus on house price growth is continuing to shift away from London, Hometrack's latest UK Cities Index shows. And now, a newcomer is promising the best annual returns.

Edinburgh has become the fasting growing city in the UK for house prices, according to property analysis firm Hometrack – part of the Zoopla family.

Property values in the Scottish capital climbed by 6.7% in the 12 months to September, to reach a current average £219,500.

Hometrack’s UK Cities House Price Index which tracks house price movement in the UK's biggest 20 cities, (see table below) reveals Edinburgh trumped both Manchester and Birmingham, which came second and third in the rankings recording growth rates of 6.5% and 5.9% respectively.

Both cities had been crowned the UK’s fastest growing in recent previous reports from Hometrack.

London, however, is still languishing in 17th place, after recording house price growth of just 2.3%, to reach an average value of £493,800.

Russell Quirk, founder of online agents eMoov.co.uk commented: “London continues to be 'last year’s must-have', waning in popularity among buyers due to the high price of the capital’s property, while Edinburgh shows extremely strong growth to overtake Manchester for the top spot.”

Hometrack spokesperson, Richard Donnell, described the London housing market as being ‘firmly stuck in neutral’. “Stretched affordability, low yields for investors and concerns over Brexit, and its impact on employment are weighing on market sentiment,” he explained.

Prices in other traditionally top-performing cities, such as Oxford and Cambridge, have become similarly over-inflated and, according to Russell Quirk, will therefore be the, "last to see any meaningful return for buyers".

Other cities placed in September's top 10 for price growth include Bournemouth, where a 5.4% rise bumped up the average property price to £285,100.

The overall annual rate of UK city house price growth in September was 4.9%, down from 6% a year ago.

However, the quarterly rate of growth is at the highest level for 14 months, which Hometrack attributed to a nationwide increase in housing sales over the last quarter, compared to the previous 12 months.

Hometrack said it expected house prices to continue rising in those regional cities where properties are generally more affordable.

However, it warned, the rate of growth would be affected by, “economic and sentiment factors – the squeeze on incomes from rising inflation and concerns over the economic outlook".

It added that talk of a potential increase in interest rates, with a knock-on impact for mortgage rates, is likely to further temper demand.

In regards to London, further price falls are “inevitable as prices re-align to what buyers are likely to spend”, according to Hometrack.