What are the General Election promises on housing? 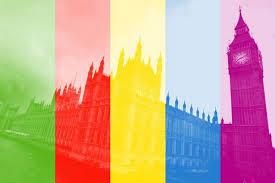 What do each of the political parties have to say about housing? We outline their policies.

Housing isn’t a key issue in the General Election. That’s what we’re led to believe at least. It’s all about the economy and the NHS, right?

But the launch of this week's election manifestos would suggest otherwise, with housing policies at their core. Whether it’s abolishing the bedroom tax or launching the latest initiative to help Britons buy their own property, each party is keen to hammer home the message that they can be counted on to safeguard the roof over our heads.

photo of David CameronThe Conversatives unveiled their election manifesto today with home ownership being at its core.

The Prime Minister David Cameron says he will extend the right-to-buy scheme so that 1.3 million council tenants can buy their homes at a discount.

The Conservatives have also pledged a fund to help build 400,000 new homes.

It comes on the back of the Conservatives having already announced its intention to offer first-time buyers under the age of 40 the opportunity to buy a home at a 20 per cent discount through the Starter Homes scheme.

Labour unveiled its election manifesto yesterday, pledging to build 200,000 new homes every year by 2020. The party will also introduce a cap on rent increases and create a national register of private landlords.

But its most controversial housing policy is the introduction of a so-called Mansion Tax on properties worth more than £2m.

The focus for Liberal Democrats is the creation of new garden cities in regions such as Cambridgeshire, Bedfordshire, and Oxfordshire. But for the SNP and Plaid Cymru, it is about opposing the so-called ‘bedroom tax’.

The Green party wants to abolish right to buy, and would also introduce a rent cap. It probably goes the furthest in helping those facing repossession by allowing those in financial difficulty to transfer ownership to the council and pay rent as council tenants. It would also seek to build half a million social rented homes by 2020 – something that would be paid for by scrapping the buy-to-let mortgage interest tax allowance.