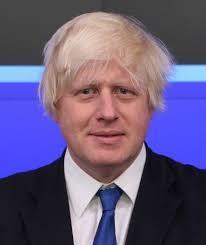 West London boroughs will each receive millions of pounds of investment towards 'improvement projects', following a cash injection from TfL and the Mayor of London.

Transport projects and town centres across London will get a share of £148 million in a New Year boost for 2016/17.

The annual borough funding is provided by Transport for London (TfL) to help the boroughs pay for local transport projects set out in their Local Implementation Plans (LIPs).

LIPs are plans that show how the boroughs will support the Mayor’s Transport Strategy in their area.

The Mayor of London, Boris Johnson MP, said: “This latest round of funding will help to transform scores of locations in all four corners of our great city.

“It is specifically targeted to help make our roads, town centres and open spaces more attractive places with better facilities for walking and safer cycling. By helping the boroughs deliver on important local transport schemes, we can help to spur jobs and growth across London.”

For 2016/17, TfL's financial support for the boroughs’ LIPs has been maintained at £147.8 million and will fund improvements that benefit local communities.

The funding will support a range of different transport projects across West London delivered by the boroughs. Local areas will see safer roads, better public spaces, improved walking facilities and cycling made safer and easier.

Each borough, from highest to lowest, will receive:

•Hillingdon - £5.8 million including £60,000 for improvements around the Grand Union canal that will create a safe, quiet and natural walkway;

•Ealing - £5.6 million including £670,000 towards measures that make cycling safer including; cycle parking, training and the council’s Direct Support for Cycling funding programme;

•Hounslow - £5.5 million including £2.3 million for the Feltham High Street improvements, which will deliver improved accessibility in the town centre and improved provision for cyclists and bus users;

•Brent - £3.7 million including £210,000 over two years for the Forty Lane Corridor Improvements, which will deliver a new signal junction and improved facilities for pedestrians and cyclists to reduce casualties on the route into Wembley;

•Richmond - £2.5 million including £315,000 towards a programme of new cycle routes, cycle training and cycle parking to encourage more people in the area to take up two wheels;

•Harrow - £2.4 million including £120,000 towards the introduction of 20mph zones around Park High School and Longfield School to improve road safety;

•Hammersmith and Fulham - £2.3 million including £500,000 towards the introduction of 20mph limits across the borough to help make streets safer

•Kensington and Chelsea - £2.1 million including £150,000 for pedestrian improvements at the junction of Old Brompton Road and Pelham Street

London’s Transport Commissioner, Mike Brown MVO, said: “People in West London will see real improvements to their local areas as a result of this funding.

"Working with West London boroughs, hundreds of transport projects will be delivered that will benefit pedestrians and road users, through safer streets and improved public squares and shopping areas.

"These improvements will help transform communities and boost the local economy.”

In addition to funding for boroughs, TfL is working with them to help further improve the efficiency of the delivery of projects, ensuring value for money and keeping disruption to a minimum.