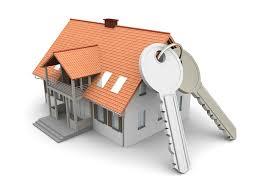 Housing market activity remained subdued during the second quarter due to a shortage of homes for sale, research showed today.

But transactions look set to pick up in the months ahead as interest rates remain low and wages continue to rise.

The number of properties changing hands was lower during the three months to the middle of June, compared with the same period of the previous year, according to the Bank of England.

The Bank attributed the weakness to an ongoing shortage of properties available to buy, with sales of new homes holding up better than those in the secondary market.

"While the Committee is obviously starting to think about when a rate rise will be appropriate, it is still some way from actually implementing one"

In its Agents’ Summary of Business Conditions report, it said estate agents had reported that the low supply was in part caused by a reluctance among homeowners to sell their property ahead of the General Election.

But it added that since the election, the London market had shown signs of stronger activity, particularly in the highest price bands, with estate agents expecting property prices in the capital to start rising again.

The housing market received a further boost today from news that interest rates look set to remain low, while wages are rising.

Minutes from the Bank’s Monetary Policy Committee showed that its members had voted unanimously to keep interest rates on hold at their record low of 0.5 per cent.

Although for two members the decision was “finely balanced” between a hold and a rise.

At the same time, figures from the Office for National Statistics showed a further acceleration in the rate at which wages are rising, with the headline growth rate increasing to 2.7 per cent in April, up from 2.3 per cent in March.

There was also a 114,000 rise in employment numbers during the three months to April, although this represented a slowdown compared with previous stronger gains.

Vicky Redwood, chief UK economist, said: “The minutes of June’s MPC meeting suggest that while the Committee is obviously starting to think about when a rate rise will be appropriate, it is still some way from actually implementing one.”

Meanwhile younger people have expressed concerns about their ability to get a mortgage term that will stretch into their old age.

Half of 25 to 34 year olds think they may still be repaying their home loan beyond the traditional retirement age of 65.

The Building Societies Association said with many people living for longer, delaying buying a property due to high house prices and working until later in life, mortgage terms that go beyond the age of 65 could become the ‘new normal’.

But a survey of 2,000 people carried out for the group found that 27 per cent of young people worried they would struggle to get a mortgage with a term beyond when they turned 65 because their credit history, income level or age would count against them.