Tougher mortgage tests on the horizon for landlords 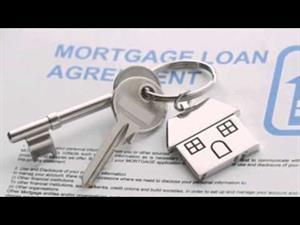 The Bank of England regulatory arm has unveiled a consultation on reforming the buy-to-let mortgage market.

The buy-to-let sector has hit the headlines again with the announcement that landlords could face tougher affordability checks and tighter limits on the amount they can borrow. Here’s what you need to know.

The Prudential Regulatory Authority (PRA) – part of the Bank of England that is responsible for regulating banks, building societies and other financial services firms – has uncovered new proposals to ensure buy-to-let mortgages remain affordable when interest rates rise.

It has done this by recommending to lenders they impose stricter requirements when deciding whether to give buy-to-let mortgage applicants the green light.

The PRA has said that lenders must test landlords’ affordability for the next five years at higher rates of interest. It has suggested they impose an increase of at least 2% on their current buy-to-let rates, with a minimum cost of 5.5%.

Coupled with tight rent to interest ratios (the proportion of rent that makes up the interest on the mortgage) of 125%, subsequent loan to values are expected to be lower – which means landlords will need to find a bigger deposit.

Andrew Montlake, director at Coreco mortgage broker, said: “The new rules will have most of an impact in London where property is most expensive and rental yields lower. We expect effective loan limits to equate to a maximum 60% in the capital.”

Currently maximum loan to values on buy-to-let mortgages are in the region of 75% and in some cases can be higher.

What else has the PRA recommended?

Landlords will also have to brace themselves for more invasive questions around their personal income if the rules go ahead.
And costs associated with owning an investment property such as management fees, repairs, void periods, service charges – and even forthcoming tax relief changes we explain at the end of this article – will all start to have more of an impact on a landlord’s borrowing capacity.

So-called portfolio landlords (now defined as any landlords with more than four properties), will be subjected to more precise underwriting.  The geographic location of their properties and even their experience as a landlord will all be considered when deciding whether to lend.

When will the proposals come into force?

At this stage, the proposals form part of a consultation which closes at the end of June – and during now and then, the PRA will gather lender’s opinions. However, Montlake says that many lenders are already moving towards the new measures, so landlords could be feeling the impact from now.

What else has happened to buy-to-let?

Tougher buy-to-let mortgage applications are the latest in a string of challenges for the UK’s landlords.

On 1 April, a new 3% Stamp Duty surcharge was introduced on the purchase of all additional properties – including buy-to-lets and holiday homes. You can read more about this with our Q&A.

From 6 April (the start of the 2016/17 tax year), landlords of furnished properties will no longer be able to claim 10% of wear and tear costs against their tax bill. Instead they can only claim for the straight cost of any actual damage or repairs.

And, from April 2017, relief on the cost of mortgage interest will start to be capped at 20%, even for higher-rate taxpayer landlords who are used to claiming relief at 40% or even 45%.

So does this all mark the end of buying-to-let?

Andrew Montlake, said that none of these changes would spell the death of buy-to-let – but they could deter smaller would-be landlords such as those considering letting their home, rather than selling it, when they buy another one