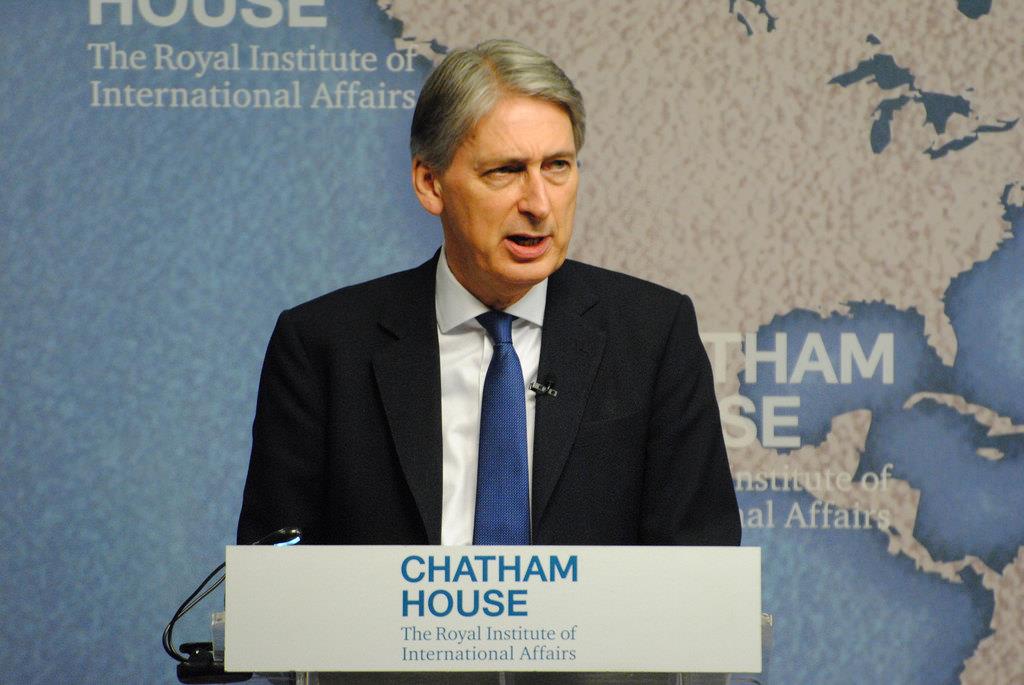 New Chancellor, Philip Hammond delivered his first (and last) Autumn Statement. But how will it affect all things property? Take a minute to find out.
All eyes were on Philip Hammond as he delivered the 2016 Autumn Statement in the House of Commons on Wednesday. It was his first as Chancellor – and since Britain voted to leave the EU. To save you trawling through the detail, we’ve cherry-picked 5 key property takeaways.

Looking for a new home to rent? It will soon cost you less as the Chancellor announced an outright ban on the ‘spiralling’ fees lettings agents can charge to tenants.

As things stand, the lettings industry is unregulated and agents can charge whatever type of fees they like (ranging from inventory and administrative, to reference checking and credit checks) and at any price.

Fees are independent to the deposit required from tenants, usually four or six weeks’ rent.

But while tenants will no doubt be pleased, the industry has bitten back. David Cox, managing direct at the Association of Residential Lettings Agents (ARLA) said the decision was just a ‘crowd pleaser’.

“If fees are banned, the costs will be passed onto landlords, who will need to recoup them elsewhere, invariably through higher rents. So, this will end up most hurting the very people the Government intends on helping.”

He said the average ARLA lettings agency fee is £202 per tenant and that between 14 and 17 hours' work goes into compiling tenancy paperwork.

If you’re looking for a new-build home, you could be in luck too. The Chancellor unveiled a new £2.3bn Housing Infrastructure Fund to support up to 100,000 new-build homes in ‘areas of high demand’.

He also confirmed a new £1.4bn investment aimed at delivering 40,000 affordable homes. This slug of funding is believed to be in addition to the £4.7bn previously announced.

The Government will also relax restrictions to allow a wider range of affordable homes to be built, including for rent and low-cost ownership.

Londoners are in line for a further boost. The capital has been allocated £3.15bn from the existing Affordable Homes Programme to deliver 90,000 affordable properties by 2021. It is the largest sum of money ever secured by City Hall to deliver affordable housing.

First-time buyers weren’t left out in the cold either. Hammond pledged to continue support for the Help to Buy ISA, which launched this time last year, and the equity loan element of Help to Buy (the mortgage guarantee element will be pulled, as planned, at the end of 2016).

The additional funding should help the Government achieve its target of one million new-build homes by 2020.

But Carl Dyer, head of planning at law firm Irwin Mitchell, warned that at the current rate of construction, the Government will be at least 300,000 homes short. He said that, even if today’s cash injection delivered the promised total of 140,000 new homes, it would still not bridge the shortfall.

Rock bottom interest rates, which were pegged down to 0.25% in August, might be great news for homeowners with mortgages. But if you’re trying to save for a deposit, it’s a different story.

A new NS&I savings bond announced by the Chancellor is designed to help. It’s likely to offer a gross return of 2.2% over a fixed three-year term, with a maximum £3,000 contribution. But final details will be revealed in the March 2017 Budget.

The new savings deal comes on top of the previously-mentioned Help to Buy ISA. Two other savings schemes, the Lifetime ISA and Help to Save, are due to launch in April 2017 and April 2018 respectively but the Chancellor made no reference either scheme in his speech.

It's also worth knowing that the Personal Savings Allowance, which took effect in April 2016, now means basic rate taxpayers can earn £1,000 in savings interest tax-free. The annual tax-free ISA allowance will also rise to £20,000 from April 2017, from its current £15,240.

Battling to save for a deposit but want exposure to the property market? You can open a property ISA with just £100.

4. Another bite of the cherry for Housing Association tenants

The Chancellor also announced a ‘large-scale’ regional pilot of Right to Buy for Housing Association tenants. He claimed that the pilot would enable a further 3,000 tenants to buy their own home at a discount under the scheme.

In the lead-up to this year’s Autumn Statement, the industry had been calling on the Chancellor to rethink Stamp Duty, how it is charged, and to whom.

Yorkshire Building Society for example, proposed that the tax should be paid by sellers, rather than buyers. The lender estimated that a reform like this would save first-time buyers an average of £3,791, with Londoners saving up to £13,171.

However, the Chancellor avoided all reference to the tax, and that includes the extra 3% that has been payable on the purchase of many second homes since April 2016.

But in his Autumn Statement two years ago, the then-Chancellor, George Osborne radically reformed the way Stamp Duty was calculated, which resulted in 98% of buyers paying less of the tax.