Tenant Fee Ban - how will it effect you 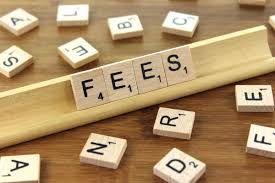 As announced in the Queens Speech the government is drive a head with th banning of all Tenants Fee's.

This means that once the ban is introduced no agent or landlord can charge any admin, reference, renewal or inventory fees. The only thing that can be charged is the rent, a capped refundable deposit and capped holding deposit.

So what does this mean for landlords?

Well currently the check in and check out charges that are done by an independent third party inventory company are split equally between both the landlord and tenant will now have to paid solely by the landlord.

Cost of referencing could also be added bill which the landlord could have to pick up before a tenants move in.

The gorvermnet has put this is place to make renting more affordable for tenants to rent homes in England. But as David Cox, chief executive of ARLA Propertymark has said

“A ban on letting agent fees will cost the sector jobs, make buy-to-let investment even less attractive, and ultimately result in the costs being passed on to tenants,"

“The research also showed that letting agents stand to lose around £200 million in turnover, costing the sector 4,000 jobs. Landlords themselves would lose £300 million, meaning they may seek to cover their losses by increasing rents to tenants.

“On average, rent costs will go up by £103 per tenant, per year, ultimately meaning tenants who move more frequently will reap savings on their overall costs but longer term tenants, who are usually lower income families, will see a loss as their rents rise year-on-year.

“The ban contradicts the Government’s stated aim to encourage longer term tenancies, as tenants who stay in their homes for the long-term will end up shouldering the costs of those who move more frequently.”

This ban has been put in place to come in at some time this parliament, but most commentators suggest this will not be in place till late 2018.

At this moment we are still coming up ways of ensuring our landlords do not feel to much of an impact, but some costs will eventually have to be passed on. We will keep all our clients up to date on any further developments on this matter.