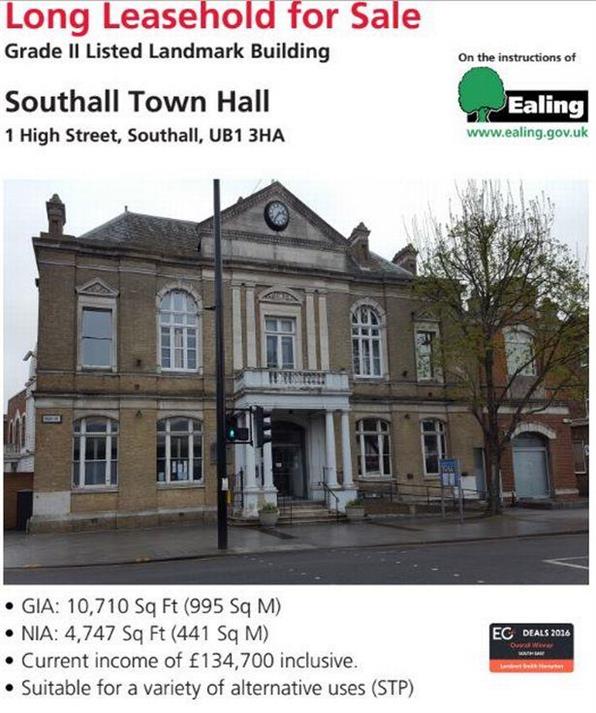 A group campaigning against the lease of Southall's iconic town hall will hold a public meeting next week to highlight its“negative impact on local communities”.

The town hall, which sits on the junction of High Street and The Broadway, offers space for businesses and organisations to work and was built in 1897.

In September 2017, Ealing Council agreed to lease the public building for 250 years to a private religious group, something which local residents have since campaigned against.

The Save Southall Town Hall group slammed the sale process as “unfair” and suggested there was no public consultation held before the council agreed to lease the property.

A spokesman for the group said the Grade II listed building is key to preserving Southall's history.

He said: “We believe the process followed by the council to sell the building was unfair, it did not involve public consultation and has not considered the likely negative impact of the sale on local communities.

“Southall Town Hall is the last remaining public building in the town and is linked closely with the history and development of Southall and its communities.

“We all passionately care about preserving Southall Town Hall as a public building, open to all residents, and we have opposed plans to sell the building.”

The campaign against the sale has been established by residents, community groups and businesses and “support is growing fast”, according to the group.

A public meeting was held on Friday (December 8) in Southall's Dominion Centre at 7pm.

Article was taken from