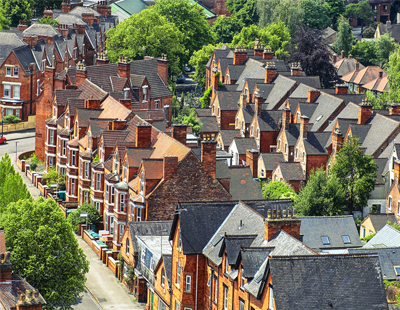 House prices in the three months to the end of April were 2.2 per cent higher than in the same period a year earlier - that’s down from the 2.7 per cent annual growth recorded in March.

But the figures, from the Halifax, also reveal that taking the last three months alone prices actually fell, albeit by a tiny 0.1 per cent.

More surprising, on a monthly basis, prices fell by 3.1 per cent in April following a 1.6 per cent rise in March. The Halifax says this reflects “the volatility in the short term monthly measure.”

"Both the quarterly and annual rates have fallen since reaching a recent peak last autumn, with these measures providing a more stable indication of the underlying trend than the monthly change” explains Russell Galley, Halifax’s managing director.

“Housing demand has softened in the early months of 2018, with both mortgage approvals and completed home sales edging down. Housing supply – as measured by the stock of homes for sale and new instructions – is also still very low” he adds.

“However, the UK labour market is performing strongly with unemployment continuing to fall and wage growth finally picking up. These factors should help to ease pressure on household finances and as a result we expect annual price growth will remain in our forecast range of 0.0 to 3.0 per cent this year.”

“There is a market of sluggish growth and transactions, despite still showing modest price rises. And yet we are entering what is supposed to be the busy spring buying season, which tends to set the tone for the rest of the year. More recently, activity and listings have picked up but we are finding the market still quite sensitive and only those prepared to negotiate hard are moving on” says Leaf.

“Now that interest rates are unlikely to go up this month, hopefully there will be more interest, and particularly from first-time buyers, to take advantage of competitive mortgage deals and realistic prices” he adds.

The Bank of England’s monetary policy committee meets tomorrow and some observers believed the base rate was likely to rise - however, in recent days there have been suggestions (including from Bank of England Governor Martk Carney) that a rise may be delayed by another month at least.