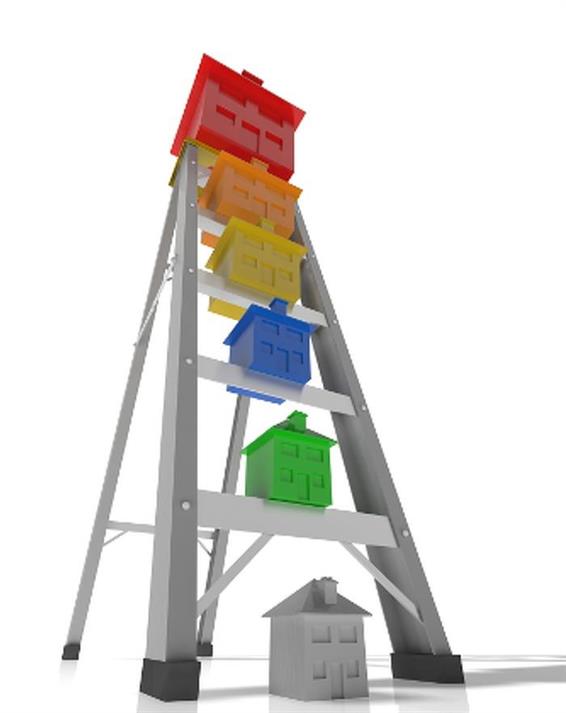 The challenges faced by first-time sellers, including finding their perfect next home, are outlined by Lloyds Bank.

The equity shortfall people trading up the property ladder face has more than doubled during the past year to stand at £50,000.

So-called second-steppers have built up an equity stake in their current home averaging nearly £86,000, thanks to strong house price growth since they bought it.

People trading up the ladder also face a host of other barriers, with 35% believing it will be more difficult to sell their home this year, while a third are worried about future interest rate hikes.

They are also concerned about the uncertain economic outlook, the shortage of family-friendly properties available and the size of the deposit they will need, according to Lloyds Bank.

While house price growth may seem like a good thing to people when they have successfully purchased their first home, it actually makes it significantly harder to trade up the property ladder.

But the same percentage gain on a £347,000 detached property adds £34,700 to its value, increasing the gulf between the sale price of their first home and the type of property second-steppers aspire to buy.

Second-steppers are usually couples and young families who are looking for more space and a garden.

The gap between the price of a typical first-time buyer property and a detached home is significant in all areas of the country, although there is considerable regional variation.

Even in Northern Ireland, where the gap is narrowest, people trading up the property ladder will need an additional £73,449, while in all other areas of the country they will need at least another £110,000 more.

When it comes to their next property, second-steppers have a significant wish list. For example, location-wise, town living is attractive to nearly half of second-steppers (48%), while four in ten opt for a village setting. Less than one third (31%) plan to relocate to the countryside and city life appeals to just over a quarter (27%).

Six out of 10 want a driveway or off-road parking, while 59% are looking for a home with a garden and 56% say having a kitchen/diner is important to them.

Around 37% want a period property, and 36% would prefer a new build home. But 40% are considering improving their current home if they are unable to sell it, up from 34% the previous year.