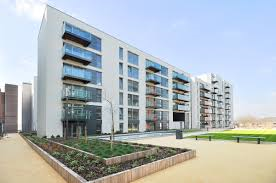 The supply of rental homes has risen “astronomically” in recent months, according to ARLA.

The cost of being a tenant held steady in September as the number of homes available to rent hit an 18-month high.

The supply of rental homes has risen “astronomically”, to an average of 193 properties per estate agent branch, up from lows of 171 seen earlier this year, according to the Association of Residential Letting Agents (ARLA).

The jump in availability is likely to have contributed to average private sector rents remaining unchanged in September, ending a near SIX-YEAR run of rising prices, according to the Office for National Statistics (ONS).

But despite rents being flat month-on-month, they were still 2.3% higher than they had been a year earlier, meaning they are rising at nearly four times the rate of inflation.

The fact that rents held steady in September is likely to be due to the increase in supply, giving landlords less scope to hike their rents.

ARLA said only 24% of agents reported seeing price increases in September, compared with nearly a third in March.

The factors driving the increase in rental properties are harder to pin down.

The rise may be due to investors seeking a safe haven following the UK’s decision to leave the EU, while the jump in buy-to-let purchases seen in the run up to April’s tax change may still be filtering through into increased supply.

While rents have risen by 2.3% during the past year, the headline figure masks significant regional variations.

The cost of being a tenant in Scotland actually fell by 0.1% during the same period, while in Wales it edged ahead by only 0.1%.

All regions of England saw rental increases during the 12 months, with the south east leading the way with a hike of 3.5%.

But potential tenants are likely to face an increase in competition for properties, with ARLA saying the average letting agent had 40 potential renters on its books, the highest level since February 2015, and up from just 31 at the beginning of the year.

ARLA said the increase in properties available to rent was good news, as it suggested fears that landlords would exit the sector in the face of a wave of tax hikes had not yet come to pass.

It added that an average of just three landlords per estate agent branch sold buy-to-let properties during September, unchanged from April.

Landlords face a raft of tax changes including the higher Stamp Duty rate introduced in April, a reshuffle of mortgage interest tax relief next year and an end to the 10% annual ‘wear and tear’ allowance for those letting furnished properties.

These tax rises have prompted concerns that the UK could face a significant shortage of rental homes.