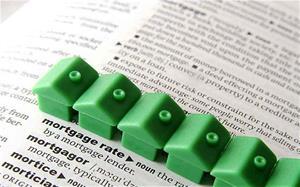 Rent controls as suggested by think tank Civitas could be the final straw for landlords, says Richard Dyson - especially if they coincide with rising mortgage rates

The rapid growth of buy-to-let is hugely controversial, with private landlords now numbering over 1.2m.
Buy-to-let investors are blamed for forcing up prices and preventing younger generations from being able to buy. There is also growing resentment toward the £9bn tax relief landlords claim on their mortgage interest - a form of tax relief not available to homeowners.
Yet despite all these benefits enjoyed by private landlords, many are not generating cashflow significantly above their costs.
They may be flush on paper, thanks to recently rising property values, and they may be managing month-to-month thanks to very low mortgage rates.
But any significant increase in rates would push many into the red, as Telegraph Money argued first in this report last year.
Related Articles
Buy-to-let property
Buy-to-let tenants should be able to 'rent for life' 02 Jan 2015
Finally, you can hold buy-to-let in your pension 22 Nov 2014
Could now be the worst possible time to buy to let? 05 Apr 2014
My 10 tips for buy-to-let success 17 Oct 2014
If you now couple this with rent controls - as suggested by a growing number of commentators, politicians and, most recently, think tank Civitas - many in the private rented sector would find themselves losing money each month, and looking into a future where that situation would be unlikely to improve.
Civitas suggests that "once freely agreed between the tenant and the landlord, rents should not normally be allowed to rise above inflation." This cap would be coupled with tenants having the right to remain in the property as long as they wish.
Good idea or not, this could trigger cashflow nightmares for many private landlords. That is because landlords are currently borrowing at exceptionally low rates of interest.
Not only are all mortgage rates at rock bottom, but many landlords are still benefiting from "tracker rates" issued before the financial crisis. Tracker rates offered by now-defunct banks like Bradford & Bingley rise and fall in line with Bank Rate. Many landlord borrowers benefit from these still. They played a big part in helping landlords scrape through the difficult years of 2009 and 2010, and partly explain why buy-to-let repossessions are so low.
When we looked previously at landlord's ability to afford interest rate increases we took as a reasonable mortgage rate Bank Rate (currently 0.5pc) plus 3.4 percentage points. That gives a pay rate today of 3.9pc. What would happen if - and when - rates rose, but rents remained the same?
Our calculations assumed Bank Rate climbed to 3pc (unlikely in the very short term, but still a historically low level).
In London, for example, the average buy-to-let property has a value of £291,500 and attracts a monthly rent of £1,121. An interest-only mortgage on 70pc of the property value (£204,050) at a rate of 3.9pc costs £633 per month, leaving an income for the owner of £458. But a mortgage rate of 6.4pc would cost £1,088 to service per month, dragging the post-mortgage return to the landlord to just £33 per month.
Rent controls would be fatal in such a scenario. It would not be a case of the landlord "limping through": the tentants' rights to remain in the property for as long as they wished would mean the financial straitjacket would be unlikely to ease. The landlord would probably consider cutting his losses and selling up.
Clearly, the buy-to-let borrowers most at risk are those recent buyers who accepted very low rental yields in the hope of making more return via a rise in prices or capital gain.
You could argue they would have been hurt anyway by the gradual return to a "normal" interest rate environment. But anything which prevents them passing on increased mortgage costs in the form of higher rents could be the last straw.

By Richard Dyson and taken from The Telegraph