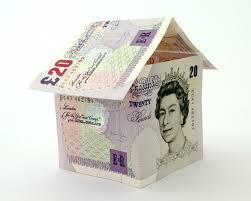 The number of people switching to a new loan jumped by more than a third in April.

Remortgage levels bounced back in April as property owners locked into competitive rates after existing deals came to an end.

The number of homeowners switching to a new loan jumped by 36% year-on-year during the month, while there was also a 32% rise in remortgage lending to landlords.

But other areas of the mortgage market remained subdued, with a 4% fall in lending to people purchasing a property, while the number of first-time buyers taking out a mortgage edged ahead by just 3.5%.

There was also a further fall in landlords extending their portfolios, with mortgages taken out by investors buying properties falling by 5.7%, according to UK Finance.

Director of mortgages, Jackie Bennett, said: “Remortgaging activity bounced back to strong levels in April, as both homeowners and landlords put their house in order by locking into attractive fixed-rate deals ahead of an anticipated interest rate rise.”

There are a number of factors behind April’s spike in remortgage levels.

On the one hand, it is likely to be due to a desire among property owners to take advantage of the current competitive mortgages on offer before the Bank of England hikes interest rates again.

But the rise is also likely to reflect seasonal patterns in the mortgage market, with the second quarter of the year the busiest period for people coming off existing deals.

UK Finance estimates that more than 400,000 mortgage deals will come to an end between April and June, the majority of which are two-year fixed rate loans.

It points out that lenders are now more proactive in contacting borrowers before their existing mortgage expires, prompting them to line up a new one.

Finally, the increase is also likely to be partly due to a subdued month in March, when remortgage levels fell by 9.7%.

Today’s figures are good news for those who are considering switching to a new loan, as they suggest mortgage lenders are very much open for business.

But they are less positive for those who would like to buy a property, as they continue to point to a subdued housing market.

They are also bad news for tenants, as they suggest the current mismatch between supply and demand in the rental sector is unlikely to be resolved any time soon, pushing rents higher.

Looking for a better mortgage deal? Compare the best rates on the market with our partners Money.co.uk

The one group of purchases that are bucking current trends to some extent is first-time buyers.

UK Finance suggested the continued growth in first-time buyer numbers may be due to the raft of government measures introduced to help this sector, such as the reduction in stamp duty and the various components of the Help to Buy scheme.

But despite these initiatives, research by mortgage lender Aldermore, found that many people are still struggling to secure their first mortgage.

It found that one in four first-time buyers were turned down for a mortgage when they first applied through their bank, rising to nearly half in London.

Raising a deposit was seen as the biggest barrier to homeownership at 40%, while 10% were concerned about securing a mortgage.