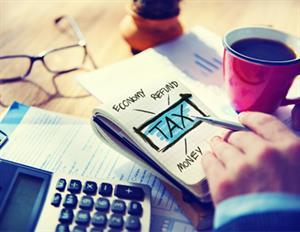 The online petition against the government's proposed tax changes for buy to let investors is "a waste of time" according to a landlord group.

A campaign group called Saynotogeorge has been arguing against Chancellor George Osborne's proposals since they were announced in the July Budget, and central to the publicity for the campaign has been an online petition. To date it has received over 33,000 signatures.

The proposals limit tax relief to the basic rate of income tax - currently 20 per cent - even if the individual property owner pays a higher rate of tax. In addition, the Budget also introduced restrictions on what was previously the annual claiming of Wear and Tear allowance.

However, the National Landlords Association says the process of online petitions is "a waste of time" - although it would not actively discourage landlords from signing.

Writing on the online Huffington Post website, NLA chief executive Richard Lambert is critical of what effect, if any, such a petition would have.

"If a petition gets 20,000 signatures the Government responds to it. In practice this just means that they repeat the same thinking and justification for the scheme that they outlined when they announced it, which is exactly what the Government has done in this case" argues Lambert.

"If a petition gets over 100,000 signatures then it is considered for a debate of MPs. That sounds impressive to some; however the reality is very different" he insists.

Lambert goes on to explain that even if such a debate is considered, it takes place in the Grand Committee Room and not in the House of Commons chamber.

"It will also only take place when 'parliamentary time allows' meaning that it could be months down the line, by which point the chance to affect change may well have passed" he cautions, adding that attendance at such debates is often abysmal and that many who attend "go through the motions" rather than effectively debate or reconsider the issue at stake.

Instead, Lambert says his association is attempting to meet and brief MPs directly.