Over 3 million families spend a THIRD of income on housing 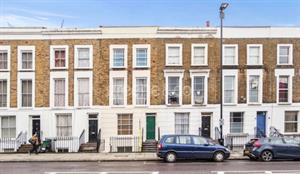 Many households now spend a “perilously high share” of their income on housing, warns Resolution Foundation.

More than 3 million households now spend at least a third of their income on housing costs. And that figure has more than doubled from 1.6 million in the mid-1990s.

The proportion of people’s income eaten up by rising housing costs during the past 20 years is the equivalent to a 10p increase in the basic rate of tax for the average family.

The Resolution Foundation, which carried out the research, warned that too many households are now spending a “perilously high share” of their income on housing.

The amount of income families spent on housing costs was broadly stable during the 1990s and early 2000s at around 17%.

But rent and mortgages started to increase as a share of income in the mid-2000s, as property values rose more quickly than pay.

And while the situation eased in the wake of the financial crisis due to house price falls and low interest rates, rising housing costs are once again outstripping income growth.

People renting in the private sector have been the worst affected, with this group now spending an average of 30% of their income on housing, compared with 23% for homeowners with a mortgage and 20% for social renters.

Those on low and middle incomes have also been hit hard, with the share of income spent on housing increasing from 18% in the past 20 years to 26%.

Unsurprisingly, Londoners have to spend the most on housing out of all of the regions at 28%. In fact, people in the capital have experienced the biggest post-crash fall in disposable income in the UK.

The Foundation warned that with the typical household now spending 21% of their income on keeping a roof over their head, high housing costs were acting as a major break on the recovery in living standards.

Lindsay Judge, senior policy analyst at the Foundation, explained: “The Government must be more ambitious. It should look beyond simply giving a few people a leg up onto the housing ladder and tackle the bigger issues of supply that is the root cause of rising housing costs.

“As home ownership moves out of reach for ever more families, the Government should also reform a private rented sector that is simply too insecure for many finding themselves dependent on it.”