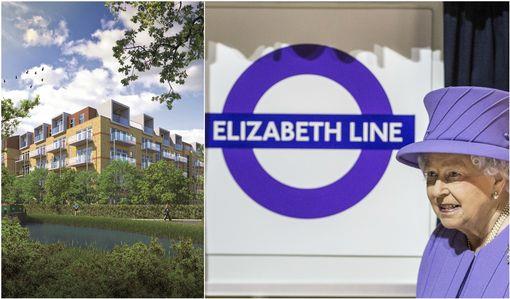 With one year to go until the Elizabeth line opens to the public, we look back to where it all began.

Despite being only one year away, there is still a lot of work to be carried out, with the line not scheduled to fully open until December 2019.

The new tube line will run services from Heathrow Airport, through west London, stopping at a number of stations including Hayes & Harlington, Southall, Hanwell and Paddington, running all the way to east London.

A total of ten new state-of-the-art stations will be opened for the line, with services set to be introduced in phases.

The line is expected to boost the economy by £42 billion and support thousands of new jobs and homes in London and the south east.

On Tuesday (December 20) Transport for London (TfL) unveiled the new Tube map, showing the route the service will take.

Mayor of London Sadiq Khan said: "The Elizabeth line will transform travel across London and the South East, with new state-of-the-art trains transporting millions of people quickly across London, providing a huge boost to the economy.

"The new map being unveiled shows how the first phase of the Elizabeth line will connect to key parts of the transport network in the heart of central London, substantially reducing congestion on other key Tube lines as London's population grows."

Once up and running, passengers will be able to benefit from on-board wi-fi, live travel information and new longer trains with walk-through air-conditioned carriages.

Our timeline below portrays the story so far, and what we can expect from the project over the next two years.

Countdown to the Elizabeth Line