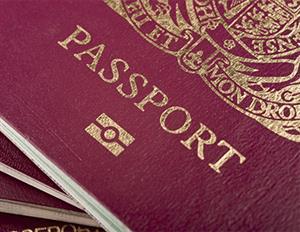 Government proposals forcing agents and landlords to check the immigration status of tenants risk a serious breach of human rights according to an official watchdog.

The Equality and Human Rights Commission is reported to have warned MPs ahead of today’s second reading of the Immigration Bill in the House of Commons that the Right To Rent proposals which may ultimately lead to the fast-tracked eviction of illegal immigrants and their children risk breaching human rights law.

The Guardian reports that the EHRC says Right To Rent is one of a number of measures in the Bill designed to create “a hostile environment” for those who do not have proper immigration status.

The ability of agents or landlords to evict illegal migrants without requiring a court possession order could breach human rights protections if families with children are made destitute as a result of becoming homeless in this way.

The commission also says that one interpretation of the proposed legislation is that all the tenants in a house or flat could in theory be evicted, whether they are lawful or not, if at least one occupant of the property is disqualified from renting because of their immigration status.

“In the commission’s analysis, this will put lawful tenants and occupants of the same property at risk of eviction because the court will order possession of the entire property rather than the eviction of the unlawful tenant or occupant,” the EHRC is quoted as saying in The Guardian.

The Immigration Act 2014 obliged agents and landlords in the West Midlands to carry out document checks and keep records to identify if a potential tenant has the right to reside in the UK. Where an agent accepts responsibility for compliance with the new rules, the agent will be the ‘liable party’ in place of the landlord.

The coalition government, in power before the May 7 election, introduced the measures into one pilot region of Birmingham, Walsall, Sandwell, Dudley and Wolverhampton last December, promising a roll out across the UK in 2015.

The rules for the pilot in the West Midlands obliged agents to check the status of would-be tenants for all new tenancy agreements. In most cases this was believed to have involved checking the tenant's passport or biometric residents permit; appropriate records need to be kept for up to 12 months after the tenancy ends. Agents or landlords were able to request a check using an online form, which provided answers within two working days.

The new Bill currently rolls out the measure to the rest of the country - this would probably happen early next year if the Bill was backed by MPs and became an Act.