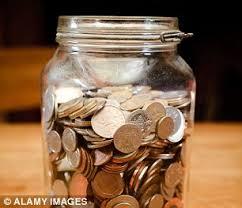 Mortgage lending remained subdued in May but advances are expected to pick up going forward as activity in the housing market recovers, figures showed today.

A total of £16.8bn was advanced during the month, 3 per cent less than in May last year, and only slightly ahead of the £15.82bn lent in April, according to the Council of Mortgage Lenders.

But the group said there were signs that a modest recovery was underway.

The group also pointed out that forward indicators, such as mortgage approvals, suggested the market was heading for an upturn in lending over the coming months.

The number of loans in the pipeline for house purchase increased by 10 per cent in April compared with March, the biggest monthly jump since early 2009.

Mortgage approvals for people remortgaging were also up by 10 per cent, as homeowners looked to take advantage of the very competitive interest rates that are currently on offer.

Meanwhile, unemployment is continuing to fall, wages are rising and interest rates look set to remain at their current record low until next year.

Mohammad Jamei, CML economist, said: “The economic environment is one that should support increased activity in the near term, coupled with low mortgage rates.

“But while we expect these factors to support activity, there is a limited upside, driven mainly by affordability constraints.”

Strong house price growth has pushed up the average cost of a UK property to £266,187, according to Zoopla.

Meanwhile, data from mortgage lender Halifax shows that the house price to earnings ratio increased to 5.16 in May, the highest level since May 2008.

Jonathan Harris, of mortgage brokers Anderson Harris, said: ‘With the uncertainty caused by the General Election out of the way, gross mortgage lending has edged up month-on-month.

“This is in line with other forecasts, pointing to a gentle recovery in a housing market which has been paralysed for many months.”

But he added that the gap between what people earn and what they can afford to buy continued to be an issue, while tougher affordability criteria as a result of the Mortgage Market Review may also make it harder for borrowers to get the mortgage they need.