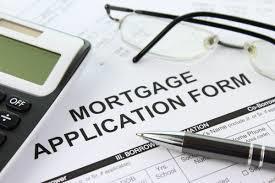 Borrowers typically fork out nearly £1,000 just to take out a mortgage after arrangement fees soared to a 21-month high.

The average mortgage arrangement fee is currently £956 - £68 more than it was in June 2014, according to financial information group Moneyfacts.co.uk.

But some fees are as high as £7,499, which the group described as “nothing short of shocking”.

The eye-watering fees show the importance of comparing the total cost of a mortgage deal when shopping around.

There are certain administration costs associated with taking out a mortgage, such as checking affordability, credit scoring an applicant and handling the paperwork.

Arrangement fees enable lenders to offer flexibility within their ranges, as some borrowers may prefer to pay a higher upfront fee in return for a lower monthly interest rate.

But Moneyfacts pointed out that the cost of administering a mortgage does not vary that much from one case to another.

Charlotte Nelson, finance expert at Moneyfacts.co.uk, said: “The current mortgage market boasts some of the lowest rates on record, which is great news for borrowers, but the increase in the average mortgage fee clearly shows that some of these headline grabbing rates are being compensated for elsewhere.”

Record low mortgage rates are obviously good news for borrowers. But working out what the best deal is can be complex for new buyers and those remortgaging alike. And that’s because deals with large fees may have lower interest rates, so the impact of the fee will vary according to how much is being borrowed.

Nelson added: "Both providers and borrowers are keen to focus on the interest rate, which could mean that the costs of a large fee are not factored in. But high fees can have a big impact on the cost-effectiveness of a deal, particularly when they are added to the mortgage advance."

It may seem worthwhile to pay a high arrangement fee in order to secure an interest rate that is lower, particularly if you have a big mortgage.

For example, if you are borrowing £300,000, you may decide to pay a £2,000 arrangement fee in order to secure an interest rate that is 0.5% lower than the standard rate charged.

In the current low-interest rate environment, borrowers are often advised to remortgage as soon as the deal they are on comes to an end.

But large fees can make moving to a new loan very expensive, particularly if it is for a relatively short period of time.

As a result, it is important that borrowers focus on the total cost of a new mortgage, making sure they factor in the interest rate, fees and any incentive package to find the most cost-effective deal.