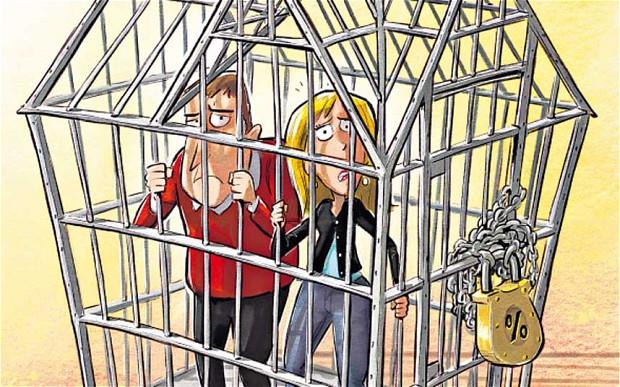 The Financial Conduct Authority is looking to introduce a scheme to help homeowners who are stuck on expensive reversion rates.

Mortgage prisoners who are unable to switch to a better deal because of new affordability rules are set to be given more help by lenders.

Regulator the Financial Conduct Authority (FCA) said it planned to explore ways in which these borrowers could be helped to move off expensive reversion rates.

It estimates that up to 150,000 homeowners may be stuck paying standard variable rates (SVR) because no-one will advance them a new mortgage.

One option it is considering is introducing an industry-wide agreement to approve applications for existing customers whose most recent mortgage was taken out before the financial crisis and who were up-to-date with payments.

Christopher Woolard, director of strategy and competition at the FCA, said: “There are a number of long-standing borrowers that have kept up-to-date with their mortgage repayments but are unable to get a new mortgage deal.

“We want to explore ways that we, and the industry, can help them.”

Major changes to lending rules introduced following the financial crisis in 2008 have left a significant minority of homeowners unable to switch mortgages.

In the majority of cases, these homeowners took out a mortgage, often on an interest-only basis, before these rules came into force.

They now find they do not meet the tougher affordability criteria that was introduced, leaving them stuck on their lender’s SVR once their existing deal ends, even though they have kept up-to-date with repayments.

The interest rates charged on SVRs are typically significantly higher than those available on new fixed rate or tracker deals.

The FCA estimates 30,000 homeowners who are currently on a reversion rate would benefit from switching to a new deal.

Around 10,000 of these people hold mortgages with lenders who continue to offer new mortgages, but 20,000 are with firms who, while still authorised, are no longer active lenders.

A further 120,000 people are on a reversion rate with non-regulated firms after the original lender sold these mortgages to a third party. These homeowners are also thought to face problems switching to a new deal.

The FCA said the situation was harming customers, as they were paying more than they should for their mortgage.

The findings were part of the FCA’s interim report into the mortgage market.

The regulator said the market appeared to be working well overall, with three-quarters of homeowners switching to a new mortgage within six months of going on to a reversion rate.

But it added that there were areas that needed improving, and it would like it to be made easier for customers to know which mortgages they would qualify for at an early stage, better enabling them to shop around.

The FCA also wants to remove some of the barriers to innovation in the sale of mortgages, and create metrics to help consumers asses the strengths and weaknesses of different brokers.

It added that around 30% of people failed to find the cheapest mortgage available to them.

The FCA will now run a consultation on its findings and proposed remedies, before publishing a final report at the end of this year.