Looking for a good deal? Mortgage freebies jump by two-thirds 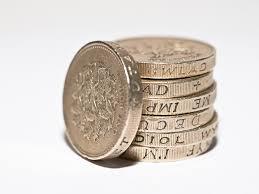 Freebies, such as free legal fees and valuations, gift cards and cashback, have SOARED as lenders try to make mortgage deals more attractive to buyers.

The number of mortgages that come with freebies has soared by nearly two-thirds during the past five years.

Lenders are offering incentives ranging from free legal fees and valuations, to gift cards and cashback in a bid to make their mortgage deals more attractive to buyers.

Nearly 2,670 mortgage products now offer some kind of incentive, accounting for nearly three-quarters of all loans available, according to financial information group Moneyfacts.

The number is a significant increase compared with five years ago, when only 1,626 mortgages offered a freebie.

With mortgage rates falling to record lows in the past couple of years, banks and building societies have found it harder to compete on price.

It has meant that lenders have had to come up with more eye-catching ways to make their products stand out.

And one of the most popular methods they have used is to add an incentive package to their mortgage deal.

Charlotte Nelson, finance expert at Moneyfacts, explained: “The incentive package has become one of the most popular weapons in a provider’s arsenal when it comes to attracting borrowers.

“The incentive package fulfils this goal by offering new customers an enticing range of delights, such as free legal fees, gift cards and even cash rebates.”

The development is good news for anyone who is thinking of taking out a mortgage. The incentives on offer are particularly helpful to first-time buyers who have had to save for a large deposit, as the freebies can help to cover some of the costs associated with purchasing a home.

But Moneyfacts warned that while the jump in incentives was good news for borrowers, more choice could make different deals harder to compare.

It said some freebies varied according to a property’s price, and may not be worth enough to offset a higher interest rate or arrangement fee.

Mortgage rates fell to the lowest level on record earlier this year as competition among lenders intensified and interest rates (set by the Bank of England) remained at a record low of 0.5 per cent.

At one point, a clutch of lenders were offering five-year fixed rate loans for less than 2.5 per cent, while two-year fixed rate deals were available for around 1 per cent.

Competition in the market always intensifies towards the end of the year, as banks look to hit their annual lending targets.

After increasing over the summer on expectations that interest rates would be increased at the turn of the year, mortgage rates are beginning to fall again.