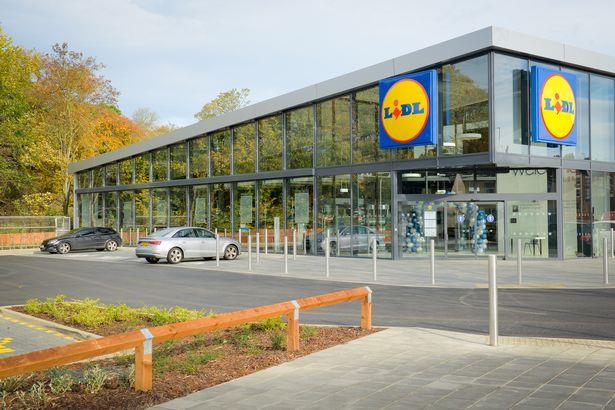 It has been branded the "Lidl of the Future"

Lidl has opened its new Hayes store, built on the site of the former Hayes Swimming Pool.

Work to build the "Lidl of the Future" store in Botwell Lane had been delayed after travellers moved in and the site became a fly-tipping spot.

The store will opened its doors to local shoppers at 8am on November 2 and will offer an in-store bakery, longer-style tills with dual packing, customer toilets, baby changing and ample parking for both cars and bicycles.

The 1,690sqm store has been branded futuristic by the company and has a full glass fronted façade with sensor controlled sun blinds.

The interior is lit with LED lights, which are 50% more efficient than traditional lighting.

The new supermarket, near Hayes town centre, has also brought 40 new jobs to the area.

Shoppers rushing to Lidl in Hayes on its first day were treated to samples of some of the company's award-winning products all day.

They were alos able to take advantage of special discounts during the first week, including £40 off a sewing machine on the first day, and £30 off a table saw on November 4.

Planning permission for the store was first granted in September 2014 and it sits on the junction between Botwell Lane and Central Avenue.

There are also 28 electric car charging spaces at the "Lidl of the Future".

Planning guidelines also state that there will be only one delivery made to the store each day, reaching a maximum of two in peak seasons.

Lidl is part of the wider tasks to improve Hayes Town centre.