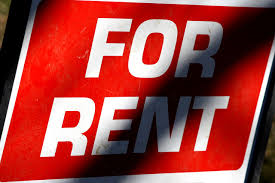 Rental market outside the capital plateaus while London sees a 'large drop' in the supply of properties to rent, reports the Association of Residential Letting Agents.

Tenants are – as predicted – bearing the brunt of recent tax changes, with landlords hiking rents in response to adjustments introduced by the government.

A quarter of letting agents have seen rental increases during April, while less than 3% of tenants successfully negotiated a reduction.

At the same time, an average of four landlords per branch sold their buy-to-let properties, according to the Association of Residential Letting Agents (ARLA Propertymark).

Across the UK as a whole, the number of properties letting agents had on their books remained broadly unchanged, but in London the supply of rental homes dived by a third.

Buy-to-let investors have been hit by a number of tax changes in recent months.

These include the introduction of a 3% hike in stamp duty on investment properties, abolition of the standard 10% tax relief for ‘wear & tear’ on furnished homes and a reduction in the amount of mortgage interest tax relief landlords can claim.

The Government has also launched a consultation on banning letting agents from charging fees to tenants, sparking concerns that these will instead be passed on to landlords.

Such tax changes have affected the profitability of the sector, causing many landlords to stop expanding their portfolios, while others are selling up altogether.

The changes in taxation for landlords is bad news for tenants.

ARLA's research shows that 24% of letting agents saw rent hikes in April, suggesting fears that landlords would pass on their own higher costs to their tenants are coming to pass in many cases.

There is already a mismatch between supply and demand in the rental sector, and the situation is only expected to get worse, putting further upward pressure on rents.

The Royal Institution of Chartered Surveyors has previously predicted rents could soar by 20% in the next five years as landlords exit the sector.

David Cox, chief executive of ARLA, said: “Although the rental market in London has seen a large drop in the supply of properties available to rent, it’s a different picture in the rest of the UK where we have seen little or no change to activity since March."

He said that, outside of the capital, the rest of the rental market had reached a 'plateau'.

Lending to landlords has dived since the higher rate of stamp duty for people buying a second property was introduced in April last year.

The situation has been exacerbated by tighter lending criteria that have been introduced by banks for people buying a property to rent out.

Overall, buy-to-let mortgage advances had halved during the past year, according to the Council of Mortgage Lenders.

But despite the shortage of rental properties forcing up the cost of being a tenant, research by Zoopla found it was still cheaper to let a home than to buy one in 54% of cities.

The average monthly rent on a two-bedroom home across 50 cities in Britain was £690 - £47 less than making mortgage payments on a similar property, which came in at £737, based on a loan of 90% of the property’s value.