'It's going to kill everything': Dismay among business community at six-month road closure in Hayes town centre 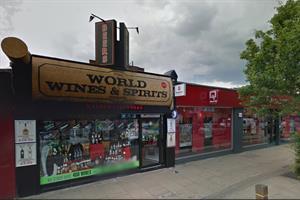 Independent business owners in the centre of Hayes have voiced grave concerns over the future of shops when a busy main road closes for six months later this month.

Hillingdon Council will be carrying out major works from July 18 that will see Station Road closed to traffic for six to seven months, and Crown Close for a further four to five months.

The owner of World Wines and Spirits, Rupinder Singh Obhrai, has said he 'might as well shut up and go home' when the work starts, saying it will take away a large slice of his sales.

'Nobody is in favour of closing it'

Mr Singh Obhrai, who has owned the store for 37 years, said: “Nobody is in favour of closing it completely for six months.

“It's going to kill everything. They haven't notified any of the retailers. We just got a leaflet on Monday.”

There will also be a new footpath, additional pay and display parking with 30 minutes free, and changes that allow traffic to travel southbound along Crown Close.

It is the latest issue to have angered those using the town centre, as drivers have also been up in arms after receiving unexpected fines for using the turning point outside Hayes and Harlington train station.

Working hours during the work are set to be between 8am and 5pm.

Mr Singh Obrai, who is the treasurer of the Hayes Town Business Forum, added: “When they shut the road in 1992 we lost 40% of our business, and we never regained that.

“If they shut it down completely we'll end up losing around 30 to 40%.

“We might as well shut up and go home. We can't survive another six months of closure.”

In 1992, Hillingdon Council fully pedestrianised the northern end of Station Road, which is one of the main shopping streets in the town centre, blocking off the through-road to Botwell Lane and Coldharbour Lane.

Mr Singh Obhrai's warning has been echoed by the chairman of the business forum A S Puar, who own's Puar Fashion and Travel in Coldharbour Lane.

'Of course it will affect business'

Mr Puar said: “I'm quite annoyed. We do object and we will be objecting all the time.

“We'd like them to do work on one side and leave traffic coming in on the other side.”

The Hayes Town Business Forum currently has around 80 members, most of whom are independent business owners.

Mr Puar added: “Of course it will affect business when there's no traffic coming through.

“It will be better [when work is finished] but we don't want to drive people out.”

In the leaflet handed out to businesses, Hillingdon Council's cabinet member for planning, transportation and recycling Councillor Keith Burrows, said: “Our partnership is helping the council to make Hillingdon a better place to live, work and visit.

“By maintaining and improving the streets to make them safer and less congests and helping breathing new life into our town centres, were paving the way for a brighter future for Hillingdon.”

In response to the claims, Cllr Douglas Mills, Cabinet Member for Community, Commerce and Regeneration, said: “Hillingdon Council is looking to create a greatly improved Hayes town centre. In 2012 the council worked closely with local organisations including Hayes Town Partnership and Hayes Town Business Forum to achieve the transformation.

"Further talks were held in 2013/14 when the designs were shared and traffic flow improvements were subject to a full consultation.

“Over 70% of those consulted agreed that it would be useful to have bus stops closer to the shops and facilities in Station Road.

“Better pavements, brighter street lighting, a greater flow of pedestrians, cyclists, buses and cars through Station Road will bring improved access and increased footfall to Mr Singh Obrai's shop, and all other businesses in the area."