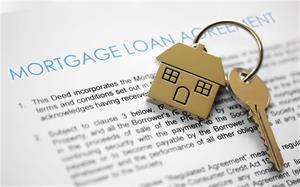 Low mortgage rates mean borrowers can secure a total saving of £12,434,40 on a five-year fixed rate deal compared to a similar deal taken five years ago.

The saving is being unveiled ahead of the General Election next week and five years since the last election. One of the main battle grounds of the election this time around is the cost of living, and for borrowers it has improved.

Rachel Springall, of financial group Moneyfacts.co.uk, said: “As the fifth year approaches since the last General Election we have seen many changes to the economy, but consumers will be questioning whether they really are better off. While borrowers have seen positive changes, this has ultimately come at a cost to savers who lose out on decent returns.”

Mortgage rates have reached all-time lows due to a combination of Government initiatives and the Bank of England keeping its Bank Rate at a record low of 0.5 per cent.

Government initiatives include Help to Buy, which comprises a loan of 20 per cent of the property value. The scheme has helped to address what is considered to be one of the biggest barriers to buying a home – the ability to raise a deposit. A recent survey by Halifax suggested this is the case for 61 per cent of consumers.

Banks have introduced more competitive rates as they look to meet their lending quotas. Earlier this month, the lowest ever five-year fixed rate mortgage was launched by HSBC at just 1.99 per cent.

The deal is the first five-year fixed rate mortgage to be launched below 2 per cent and is the lowest on record. However, it does come with restrictions as it is only available to those with a deposit of at least 40 per cent and it also carried a £1,499 fee.

Borrowers are also having to deal with tighter lending criteria following the introduction of new mortgage rules known as the Mortgage Market Review.

Jonathan Harris, of mortgage brokers Anderson Harris, said: "The last five years have been particularly kind to borrowers with interest rates stuck at a record low of 0.5 per cent. Those on base rate trackers or even a cheap standard variable rate have benefited, as have those taking out a cheap fixed rate deal.

"The benefits of cheap interest rates and Government initiatives will be felt for a long time to come if borrowers opt for a medium-term fixed rate. With rates available from less than 2 per cent for five years, that’s astonishingly cheap for protection from interest rate rises for a reasonable period of time. Borrowers have never had it so good, assuming they meet lenders’ tighter affordability criteria since the Mortgage Market Review and have a sizeable deposit to qualify for the cheapest rates."