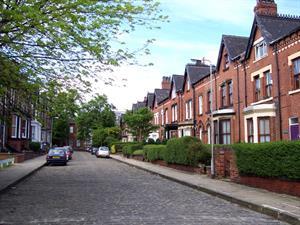 House prices increased by 0.2% in April, the lowest monthly increase since last November.

House prices edged ahead by 0.2% in April as the property market settled back following the rush to beat higher Stamp Duty charges.

It was the lowest monthly increase since last November, according to Nationwide Building Society.

Meanwhile, the annual rate at which prices are rising also eased back to 4.9%, down from 5.7% in March.

The group said the slowdown returned the annual pace at which property values are rising to the narrow range of 3% to 5% seen since last summer.

However, average house prices still rose to a new record high of £202,436 during April.

The Government’s decision to introduce a 3% Stamp Duty rate for people buying a second property from April, led to a surge in transactions.

There was a record 165,400 transactions in March, on a seasonally adjusted basis, according to HM Revenue & Customs.

But commentators think much of the surge in activity was caused by people bringing forward purchases, leading to a lull in activity in April.

The sudden fall in demand could create an opportunity for first-time buyers.

With fewer investors in the market, they not only face less competition for properties at the bottom end of the ladder, but could also be in a better position to negotiate asking prices down.

It is less clear what direction the housing market will take now, particularly with the uncertainty caused by the referendum on whether the UK should leave the European Union.

Robert Gardner, Nationwide’s chief economist, said: “House purchase activity is likely to fall in the months ahead given the number of purchasers that brought forward transactions.

“The recovery thereafter may also be fairly gradual, especially in the buy-to-let sector, where a wealth of other policy changes, such as the reduction in tax relief for landlords from 2017, is likely to exert an ongoing drag.”

But he added that there was a risk that the recent surge in house purchases will exacerbate the shortage of homes on the market, exerting upward pressure on prices.

But Jeremy Leaf, former chairman of the Royal Institution of Chartered Surveyors, said: “It is surprising that Nationwide is already reporting a slowdown in annual house price growth.

“The party seems to have ended earlier than expected and due to the historic nature of such data, this doesn’t bode particularly well for the next few months for the property market, especially when you take into account uncertainty caused by other factors.

“As far as the housing market is concerned, that Brexit vote can’t come soon enough.”