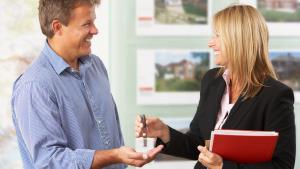 House prices jumped by 1.3 per cent in January pushing property values to within £2,000 of their previous record high, figures showed today.

The gain was the largest recorded since July last year, and bucked the recent trend of subdued price growth, according to the Land Registry.

The gain left the average home in England and Wales costing £179,492, within touching distance of the £181,101 property values reached at their peak in 2007 before the housing market correction.

The annual rate at which house prices are rising remained unchanged at 6.7 per cent, down from a recent high of 8.2 per cent reached in August last year.

image: http://st.zoocdn.com/zoopla_static_cms_content_cms_document_assets_(288402).jpeg
Prices soared by 2.6 per cent in the North West, while the South West and East also saw gains above the national average of 1.5 per cent and 1.4 per cent respectively.

But at the other end of the scale, the average cost of a home slumped by 1.5 per cent in Yorkshire and the Humber.

In London, previously the powerhouse of the property market recover, values dipped by 0.2 per cent in January, with the North East posting the same reduction.

On an annual basis, London and the east were the only regions to see double-digit growth at 12 per cent and 10.4 per cent respectively.

In the north east prices edged ahead by just 0.1 per cent year-on-year, with house prices in Wales performing only slightly better with a gain of 1.6 per cent.

Despite the slowdown in the housing market during the second half of 2014, activity was still higher than it had been a year earlier.

An average of 79,549 homes changed hands each month between August and November, the latest period for which figures are available, up from around 77,694 per month in the same period of 2013.

But there was a significant drop in sales at the top end of the market, with the number of properties changing hands for more than £1m falling by 18 per cent in November, compared with the same month of 2013.

The reduction was particularly acute in the London market, with seven-figure home sales falling by 24 per cent year-on-year.

But despite the slowdown a total of 869 homes still changed hands for more than £1 million in November, the equivalent of 29 a day.

Today’s figures are in line with ones reported by Halifax, which also showed a pick up in house price growth in January, with property values surging ahead by 2 per cent.

Matthew Pointon, property economist at Capital Economics, said: “The month-on-month changes tend to be quite volatile, but the underlying rates have picked up a bit recently.

“While it is too early to say for sure, that could reflect the reform to Stamp Duty.

“In any event, a strong economic backdrop and record low mortgage rates are both supporting house price growth.”