House prices rise at fastest pace in a year... 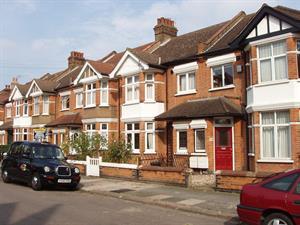 The typical cost of a home smashed through the £200,000 barrier in March as property values increased at their fastest annual rate in just over a year.
At £200,251, average house prices were 5.7% higher in March compared with the same month in 2015, according to Nationwide. That's up from a 4.8% annual gain in February.
And on a monthly basis, property values jumped by 0.8% in March, more than double the 0.4% growth seen in February.
But the strong growth was not seen across the whole country, with the north-south divide continuing to widen.
Why is this happening?
There has been a pick-up in housing market activity in recent months, with both the number of transactions and mortgage approvals rising strongly.
The increase is likely to have been driven in part by investors bringing forward purchases before the new 3% Stamp Duty rate for second homes and buy-to-let properties kicked in.
Robert Gardner, Nationwide’s chief economist, said: “This temporary boost to demand against a backdrop of continued constrained supply is likely to have exerted upward pressure on prices and helped to lift the pace of annual price growth out of the fairly narrow range of 3% to 5% that has been prevailing since the summer.”
Who does it affect?
As always, the biggest losers of house price gains are first-time buyers trying to save enough money together to get on to the property ladder.
The recent price growth may also start to deter buy-to-let landlords from expanding their portfolios, particularly following the introduction of the new higher Stamp Duty rate and proposals for stricter mortgage affordability checks, which is likely to lead to landlords having to put down bigger deposits.
Jeremy Leaf, a former RICS chairman, said: "The real test for the market will come in the next two months as many investors pause for breath to see if prices soften sufficiently to allow them to come back in. However, on the ground we are still seeing keen interest from landlords who simply intend to negotiate harder on the price they pay going forward."

The widening north-south divide could affect homeowners who may have been thinking of relocating to southern areas for work too, as they are likely to find it harder to afford a comparable home there.
Sounds interesting. What’s the background?
House prices in London have soared in recent years and now stand at a record high of £455,984 – a staggering 52% above their pre-crisis peak.
"The real test for the market will come in the next two months as many investors pause for breath..."
By contrast, the average cost of a home across the whole of the UK is just 9% higher than before the financial crisis.
The strong growth seen in the capital has rippled out, with prices in the southern regions rising by 9.9% in the year to the end of March, compared with a gain of just 1.8% in northern regions of England.
In fact, property values in the north and Scotland actually fell by 1.1% and 0.2% respectively in the first three months of the year, despite house prices in these regions still being well below their pre-crisis level.
The different rates of growth have left a £163,000 price gap between homes in the southern regions of England and those in the northern ones. Typical property values in northern areas are now less than half those in southern ones.