Homeowners without a mortgage overtake those with one 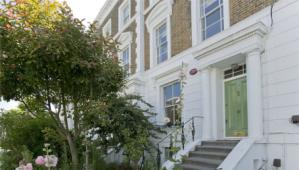 It is the first time that the number of families who own their home outright has overtaken those who do not since records began.

More people own their home outright than those who have a mortgage for the first time since records began, research revealed today.

Around 7.4 million families, the equivalent of a third of households in England, lived in a mortgage-free property in 2013/2014, compared with 6.9 million families who were still repaying their home loan.

It is the first time that the number of families who own their home outright has overtaken those who do not since records were first started in 1981, according to the English Housing Survey.

The shift is likely to have been driven by record low interest rates enabling people to repay their home loans more quickly than originally planned.

Research released today by LMS showed that two-thirds of people remortgaging in January went on to a lower interest rate due to intense competition in the mortgage market.

But while the number of people who own their property outright has increased, the overall number of homeowners fell for the eleventh consecutive year as strong house price growth left many people struggling to get on to the property ladder.

Only 63 per cent of households are now owner-occupiers, with or without a mortgage, down from a peak of 71 per cent in 2003, the English Housing Survey showed.

The problems faced in getting on the property ladder have been most acute for young people, with just 36 per cent of those aged between 25 and 34 owning their home in 2013/2014, down from 60 per cent a 10 years earlier.

Meanwhile, research from LMS found that homeowners were keen to take advantage of the record low mortgage rates currently available.

Around 62 per cent of people who switched home loans in January did so to lock into one of the deals on offer, with 41 per cent saying they were motivated by the opportunity to reduce their monthly outgoings.

Unsurprisingly, given their focus on getting a good deal, 81 per cent of homeowners changed lender.

But 19 per cent of people remortgaging increased the size of their loan by more than £10,000 in order to free up capital for spending or to repay debts.

Andy Knee, chief executive of LMS, said: “Many customers are remortgaging to free up extra cash each month or increase the size of the loan to reduce the burden on their finances.

“Recent news that wages are finally set to see an increase in real terms will come as welcome news to all those feeling the pinch, and may offer some light relief in 2015.”