Heathrow Third Runway: What happens next for west London? 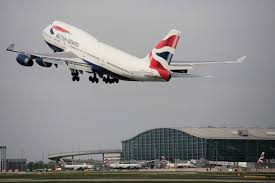 A third runway at Heathrow Airport has been backed by Prime Minister Theresa May and the cabinet, but what happens now?

As the £16 billion plan to increase flights to 700,000 a year by 2030 comes to the forefront, residents and businesses alike are eager to know what steps will be taken next.

What action will campaigners, residents, Heathrow Airport and big businesses take now? getwestlondon looks at what the decision means for the next year for our boroughs.

From start to finish, the next process is expect to take around four years, the airport has said.

The consultation will be carried out independently from Heathrow.

Once this has been handed in, the NPS will lay out a planning policy for airport expansion and set out the policy tests that the project must meet.

2019: An application for development consent will be submitted by Heathrow

A plan to reduce levels of air pollution will be published in due course as well, according to Heathrow Airport.

According to the law, the airport will also have to hold two "extensive consultations" before any applications are submitted.

Who is entitled to compensation in west London?

Firstly, each house will be individually valued to determine its "unblighted" value at the time of sale, this will be the value the property would have had if a third runway at Heathrow had not been proposed.

Next, they will be divided into either of the two areas which have been mapped out as part of compensation schemes from the airport .

The purple marked area is the "improved" compensation scheme.

Those living in the area will have the choice to either remain in their home or sell their home at 25% above market value once the new runway has been constructed.

The red/pink area is a compulsory purchase boundary and homes within this will be forced to sell their homes to make way for concrete.

Their homes will be bought for 25% above market value compensation plus legal fees, plus stamp duty costs will be covered.

However, homeowners who have bought their home since December 2013 will not be eligible for the offer.

Heathrow calculated approximately 3,750 homeowners’ properties would be eligible for compensation under the revised scheme.

What are campaigners and residents planning on doing next?

Harmondsworth residents who gathered at The Five Bells in the village told getwestlondon they will "not give up the fight".

The area has been earmarked for demolition to make way for the third runway.

Backing the residents were Friends of the Earth and pollution campaigner Jenny Bates said: "Heathrow expansion is grim news for people already struggling to cope with poor air quality.

"A new runway will cause more air pollution in surrounding locations – and shockingly this report admits it could even make it worse in areas that already exceed EU legal limits.

"The government’s argument that it’s acceptable to worsen air quality in areas already blighted by illegal air pollution - because other parts of the capital are even worse - is preposterous."

What will big businesses do next?

Many businesses are urging the government to move forwards as swiftly as possible, including chairman of business group London First, John Allan, who said: "The most important thing is to get on with it."

Andrew Dakers, chief executive of West London Business, added: " This is a milestone announcement for west London’s economy and the wider UK for which we have waited a long time.

"The expansion will unlock significant investment and sends a clear signal as we prepare for Brexit that west London, the UK’s second largest economic powerhouse, remains open for business."

Can the legal costs be covered by the airport?

Heidi Copland, partner at DMH Stallard solicitors and head of planning, said: "The total legal bill is impossible to accurately estimate, suffice to say costs of all sides in this planning process will be considerable.

"The treasury will have employed sophisticated financial modelling to gauge costs to the taxpayer, and while we don’t know what the outcomes of this are, a complex legal dispute running over many years will mean a far from insignificant bill that the public purse will have to pick up.

"Combined with the fees for private actions, the legal bill will certainly run into seven, or even eight figures, and this doesn’t include the vast sums of compensation for the communities affected, such as home owners, businesses and other local groups."

However, it was also reported on Tuesday (October 25), that International Airlines Group (IAG), which owns multiple airlines including British Airways, has voiced concern over the cost of Heathrow’s third runway and called for customer charges to be capped in the wake of the government’s decision.

IAG’s chief executive, Willie Walsh, said: "We’re pleased that a decision has finally been made but the cost of the project will make it or break it.

"The government’s directive to cap customer charges at today’s level is fundamental."