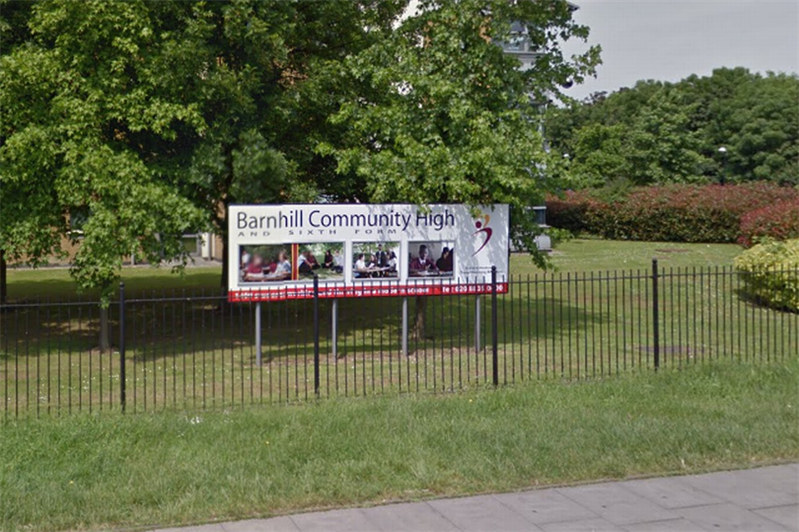 After GCSE results plummeted 20% in one year, a secondary school in Hayes has been heralded by Ofsted for turning performances around

A secondary school in Hayes is delighted after staff were praised by Ofsted for reversing a "downward trend" in exam results.

But after a new executive head teacher took over in September 2015 both the pupils' performance and quality of teaching have improved, according to the latest Ofsted report.

Tracey Hemming, who runs The Barnhill Partnership Trust, said: “I and the team of excellent teachers and leaders have been working hard to improve many aspects of the school's performance.

“Barnhill is a great school, with delightful and characterful students, however the systems and standards of the school were ready for tightening up and re-thinking.”

In 2013, the number of students achieving five A* to C grade GCSEs, including maths and English, was at 61% - slightly higher than the national average of 60.6%.

The school was inspected by the schools watchdog Ofsted in September this year, and officials highlighted an improvement at the school.

A letter to Ms Hemming from the inspector said: “Following your appointment in September 2015 you took prompt and effective action to reverse an emerging downward trend in the school's performance.

“This has improved pupils' performance and secured a good quality of teaching, learning and assessment.

“There is a more purposeful and effective culture for learning that pupils and staff recognise and appreciate.

“You have changed the structure of the curriculum so that it now allows all pupils to succeed.”

The letter added that staff should now work to reduce the number of exclusions from the school.

Provisional data for 2016 shows exams results for the school have improved, as students achieving C grade or higher in English and maths GCSE has increased to 51% from 45% last year.