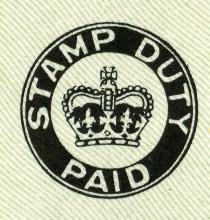 Independent estate agent, haart, has called on the government to cut the cost of stamp duty for first time buyers, after revealing the full extent of the impact in the capital.

Due to London’s spiralling house prices, the government’s stamp duty reforms over the last two years have done little to help the capital’s aspiring first time buyers. The average UK house price is now £227,566, which would cost a buyer £2,051 in SDLT, but in London, the average house price is currently £548,688, which would cost an aspiring first time buyer £17,433 in SDLT. This is a staggering 750% more than a buyer in other parts of the country.

First time buyers in London are already at a significant financial disadvantage to the rest of the UK. The average London salary is £34,892, just 24.6% higher than the UK average, currently £28,008 according to the ONS. However the average rent in the capital is 41% higher than the rest of the country, at £1,961, compared to £1,385 across the UK, according to haart’s market data.

The average property in the capital is also priced 141% higher than the UK average. Even with a 95% mortgage on a property valued at the average price of £548,688, buyers in London would require a deposit of £27,433, compared to just £13,878 for a person buying an average value property in the rest of the UK. London first time buyers must therefore save a total of at least £44,866 for stamp duty and a deposit, which is 182% higher than the total for the UK average.

Paul Smith, Chief Executive of haart, comments: “Buyers in London are paying seven and a half times the national average in stamp duty, and this is making it all but impossible for first time buyers to own a home of their own. Unless the government acts now London will see a major ‘brain drain’ to the Northern Powerhouse, Midlands Engine or to the EU, where property is more affordable.

It is wrong to penalise Londoners just because prices in the capital are so high, and we need a more balanced approach to stamp duty for first time buyers. London’s Generation Rent will find it almost impossible to save for a deposit while paying record rents, and although Help to Buy has been a great government initiative, it still requires first time buyers to pay up to £20,000 in stamp duty and £30,000 for a deposit. We cannot have a system where first time buyers must save for decades before they can expect to own a property in the place where they live and work.

A stamp duty holiday for first time buyers would be a quick and easy way to get the market moving and address the current unfairness in the system. We need Theresa May to show a Thatcherite commitment to home ownership and bring about a first time buyer revolution - one that will offer young people a secure future and provide a welcome boost for the whole economy.

There is also much more that could be done to get people onto the ladder, including underwriting lenders so that they can relax some of the criteria which prevents first time buyers from getting a mortgage, as well as further planning reform, tax incentives to encourage quicker housebuilding, and investment in the infrastructure projects that will unlock new Garden Cities.”

article by By Warren Lewis