From buy-to-let, to getting a holiday home, or even a property for the kids, why you should be concerned about new stamp duty (and why flipping won't work) 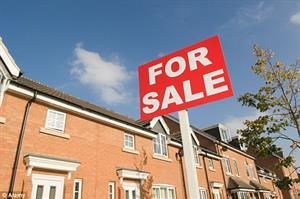 Buy-to-let landlords are set to be hit with new costs from April when a controversial extra 3 per cent stamp duty charge is introduced.

The change, which aims to free up housing for buyers, will add thousands to buy-to-let property transactions, but you still have time to voice your objection to the changes.

The Treasury has a consultation on the reforms that closes on February 1 2016. Here we outline the major changes to look out for.

The buy-to-let sector has long-been a controversial part of the property market, with critics blaming landlords for pushing up property prices and keeping first-time buyers locked out.

Chancellor George Osborne has turned his attention to landlords in recent budgets and spending reviews.

First he announced reductions in mortgage interest relief from 2017, but before that landlords are set to be hit with an extra 3 per cent charge on each stamp duty rate band, which vary by property value

So a landlord would end up paying five times more than a private purchaser in this example.

It is not just landlords that will be hit but anyone owning a second home.

This could be parents buying a property for their children or a couple purchasing a home together where one is already a homeowner.

The Treasury snuck out a consultation December 28 that outlined the changes.

You can express your views until February 1 2016 and the policy will be outlined at the 2016 Budget on March 16.

Who will be affected?

Anyone owning a second property that isn't their main residence and buying another, or replacing the one they don't live in, is likely to get caught up in the changes.

This means if you already own a portfolio of buy-to-let properties, or have a second home, but plan to buy yourself a new home to live in and sell your old one then you will not have to pay the extra stamp duty.

The higher rates will only apply to additional properties purchased in England, Wales and Northern Ireland on or after April 1 2016.

What are the new rates?

The proposed higher rates will be 3 percentage points above the current residential rates, including the 0 per cent band.

They will be charged on the portion of the value of the property that falls into each band.

Many landlords are setting up limited companies to shield themselves from earlier announced buy-to-let changes that will see mortgage interest relief reduced to the basic rate of tax from April 2017.

Companies can still get mortgage interest relief at their marginal rate, which may be higher than the basic rate of 20 per cent, but they won’t be able to escape the extra stamp duty charges.

The Treasury is even proposing that the first purchase of a residential property for companies is subject to the higher stamp duty rate.

The only exemption proposed is for companies holding more than 15 properties.

‘Flipping’ a main residence was a popular activity exposed during the MPs' expenses scandal. Politicians would change where their main residence was so that they could avoid capital gains tax incurred on second home sale profits.

Some have suggested a similar ruse may be possible to avoid the extra stamp duty charge. Buying an additional home that you move into and letting out your former one.

The Treasury is being pretty strict on the definition of a main residence when it comes to the extra stamp duty charge.

If you buy a second property you will always have to pay the higher rate of stamp duty, even if you plan to live in it and rent out your old one.

If you keep your old home at the time of completion you will need to pay the extra stamp duty charges, even if you move into a new main residence.

The only leeway is that you can get a refund of the stamp duty if you sell your old property within 18 months. This aims to help those who may hit delays in the selling process.

You will need to apply for the refund through HMRC.

Buying in your husband or wife's name

The government will treat married couples and civil partners living together as one unit.

This means any homes owned by either partner will be included when the stamp duty bill comes due on the purchase of another property.

An individual buying a property may be liable for the higher rates if his or her spouse or civil partner has an existing residential property.

If the spouse or civil partner then sells that residential property they may be able to claim a refund within 18 months.

The government is also proposing the same system for joint purchasers so cohabitees may not be at any advantage.

Purchasing a property for children to live in

Parents are often keen to help their children on to the property ladder, but could be hit with extra stamp duty under the proposals if they buy a home for them to live in or buy in joint names.#

The only way round this would be to buy the home in the child's name outright.

According to the consultation document, if a couple buy a separate property for their child and are named on the deeds then, if they already own a home, they will be charged the higher rate.

Even if a mother or father buys a property jointly with their daughter, they will be charged extra the stamp duty if they already owns a property.

Buying if you own a home abroad

Property owned globally will be relevant in determining whether a property purchased in England, Wales or Northern Ireland is an additional property.

This means that if someone is purchasing their first or only property in England, Wales or Northern Ireland, and they already own a property outside these areas, they may have to pay the higher stamp duty rate.

This would apply to a foreign homeowner buying in Britain, a Briton with a holiday home, or someone who owns a Scottish property.

There are some types of property that won't fall under the stamp duty charges. These include:

Anyone owning a caravan, mobile home or houseboat currently doesn’t have to pay stamp duty.

This exclusion will remain from April.

There is a slightly bizarre exemption under the proposed changes for homes costing less than £40,000.

The Treasury says that while these homes are liable for stamp duty, it doesn't have to be paid.

The consultation says: 'Transactions under £40,000 do not require a tax return to be filed with HMRC and are not subject to the higher rates.'

The Treasury says this has always been the case for any property purchase under £40,000.

Charities and registered social landlords will continue to be excluded from the stamp duty changes.

The government is proposing to exempt companies already owning 15 properties from the extra stamp duty. These owners may be corporates, funds or significant investors boosting the nation's housing stock.