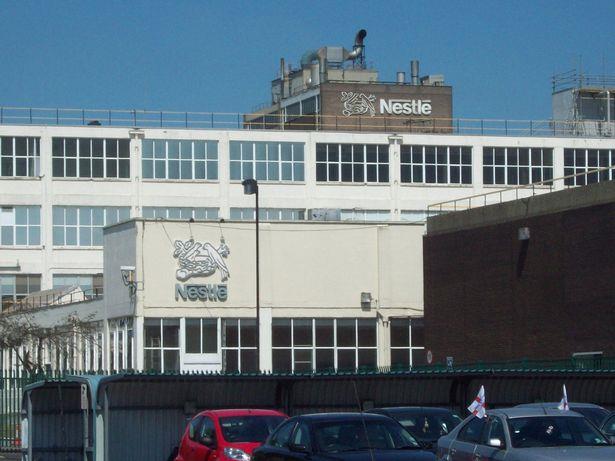 A major housing development with 1,381 homes, at the former century-old Nestle factory in Hayes has been given the green light by Hillingdon Council.

The factory in Nestles Avenue, near Hayes & Harlington station, closed in 2014 when production of freeze-dried coffee was moved to Derbyshire.

SEGRO Plc purchased the 30-acre site for an undisclosed sum in early 2015 and have partnered with Barratt to build 1,381 new homes and plan to deliver up to 530 on-site jobs, as well as three hectares of public land, opening up the historic site.

The plans included 35% affordable housing and construction on the residential phase could begin by early 2018, with completion set for 2024.

The site is poised to take advantage of Crossrail services, which will start running from Hayes and Harlington in late 2018.

The original Sandow building, opened in 1913, was modified by Nestle over the last 60 years but will be restored to its original facade.

The Canteen Building will also be restored, offering a gym and community space such as a children's day nursery.

The 1960s Art Deco style entrance will also be brought back to former glory, while the memorial to local factory workers who fought in both World Wars, will be retained.

The development will front the Grand Union Canal, which will be opened up to members of the public for the first time.

Four industrial units will be built, totalling 22,663 square metres, with occupiers including Ocado, Bosch and Rolls Royce being targeted.

The decision was recently made at a special meeting of the Major Applications Committee of Hillingdon Council.

The site lies less than a mile from Junction 3 of the M4 and is minutes from Heathrow Airport.