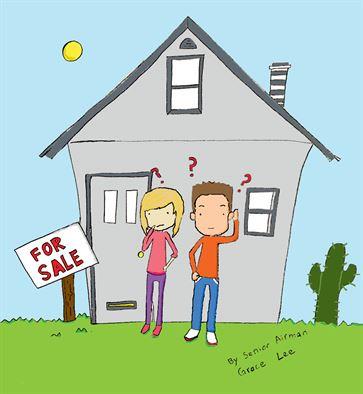 Looking to buy your first home? You'll need an average deposit of £33,000 – and more than three times that in London, warns Halifax in its latest report.

The average price paid by a first-time house buyer has broken through the £200,000 barrier to hit a new record high.

Getting on the property ladder now costs an average £207,693, according to Halifax.

The mortgage lender also revealed that a total of 162,704 people bought their first property during the first six months of the year. While the figure is only 3% more compared to the same period last year, it's more than double the number recorded in the credit crunch days of 2009.

But the rising number of first-time buyers, combined with a shortage of homes for sale, has pushed up house price inflation for this group.

The price of typical first-time buyer properties has increased by 50% in the past five years, outperforming the 42% rise across the market as a whole.

The average deposit put down was £32,899 (16% of the purchase price), according to Halifax data, but there were significant regional variations.

In the last five years, the average price has rocketed by 66% in the capital, pushing the cost of the average first-time buyer home up to £409,795, the highest on record.

Those buying their first home in the south east put down £50,144 on average, while those in the south west have to find £35,655 for their deposit.

But at the other end of the scale, first-time buyers in Northern Ireland put down deposits of around £16,457, while in Wales, the north and Yorkshire & Humber deposits were less than £20,000.

Brent in London is currently the least affordable place for people to buy their first home with the typical home for first-time buyers costing £459,499, which is 12.5 times the average earnings in the area.

It's a different picture in Stirling, Scotland, which Halifax said was the most affordable as the average property price is £136,181, or nearly three-times the local average earnings.

As house prices for first-time buyers have risen, there has been a growing trend to take out mortgages with longer terms than the traditional 25 years.