Firms sign up to move into Old Vinyl Factory in Hayes 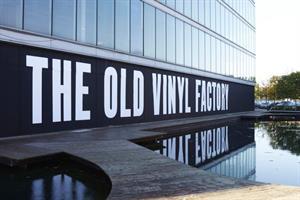 Three businesses have signed deals to occupy space inside the Old Vinyl Factory in Hayes.

The building, in Blythe Road, has been extensively refurbished since the site's acquisition in 2011 and is now 85% let.

The former EMI vinyl factory is being developed as part of a £250 million masterplan approved by Hillingdon Council in 2013.

The overall development is expected to generate 4,000 jobs by 2022, according to the firm behind the plans, Cathedral Group.

The project will include a new community hub, containing more than 630 homes and 750,000 sq ft of commercial and leisure space.

The first phase, construction of the 132-home Gateford Building, is already under way, while plans for redeveloping the 100,000 sq ft Record Store building into a Central Research Laboratory are also moving forward.

Richard Upton, chief executive of Cathedral Group (Holdings) Ltd, said: “We have adopted a new approach at The Old Vinyl Factory, offering something different to innovative UK and international companies that want to be here in this great location west of London and whose investment is critical to the growth of London’s creative economy.”