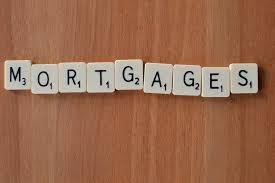 There are now more mortgage deals offering a no-fee option than ever, according to Moneyfacts.

The number of fixed rate mortgages that do not have an arrangement fee has more than DOUBLED during the past year.

There are now a total of 1,162 fixed rate loans that do not charge an up-front fee to borrowers, compared with just 556 12 months ago, according to financial information group Moneyfacts.

But nearly 60% of fixed rate deals still charge a fee, with the average cost rising from £954 to £984 during the past year.

The steep increase in fee-free mortgage deals suggests lenders are now looking for ways to compete beyond just the headline interest rate.

Meanwhile, the rise in average fees charged suggests banks and building societies are trying to claw back some money on their most competitive deals.

The typical interest rate on a two-year fixed rate mortgage has fallen by 0.33% to 2.34% in the past year, but some deals are available for less than 1.5%.

The rise in mortgages that do not charge a fee is great news for borrowers who want to minimise their upfront costs, as they now have significantly more choice.

Moneyfacts urged borrowers to take all fees and charges into account when selecting a home loan, rather than simply focusing on the interest rate.

It pointed out that someone with a £200,000 75% loan-to-value mortgage who opted for the lowest interest rate on a two-year fixed rate deal would actually be £1,072 worse off than someone who went for the lowest fee-free option.

Charlotte Nelson, finance expert at Moneyfacts.co.uk, said: “Fees can soon mount up, particularly if a borrower opts for a two-year deal and remortgages after the deal expires.

“It is important that borrowers looking for a mortgage ensure they do their homework and work out the true cost of a deal, looking at the rate, fee and any incentive package, so they can be sure they have found the most cost-effective option.”

The final three months of the year is traditionally a busy time in the mortgage market as banks and building societies compete to hit their annual lending targets, with many launching new deals.

Figures released by the Bank of England today showed mortgage approvals hit a seven-month high in October, suggesting the dip in lending seen due to the Stamp Duty hike and EU referendum has now bottomed out.

The number of loans approved for people buying a home rose by 6% month-on-month to 67,518, while ones for people remortgaging were 2% higher than in September at 43,513.