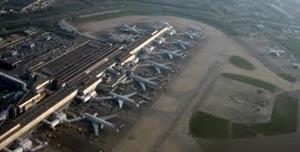 Dozens of politicians, anti-airport expansion groups and climate change leaders in west London have signed a letter urging the Prime Minister to reopen the debate on air quality.

Following the Airport Commissions report to expand at Heathrow , Sir Howards Davies' recommendation has raised concerns largely over air pollution at Heathrow where it is already above the legal limit.

The group also believe that the issue has not been taken seriously by the Commission and are concerned the recommendation has been made from the results of a flawed consultation which gave people limited days to reply, and therefore have called on David Cameron to reopen the consultation process.

The letter states: "Given the Commission timetable and the fact their main 350-page report was published just a month after the air quality consultation ended, it is clear that the Commission effectively regarded it as a tick box exercise and one that was immaterial to the overall report.

"It is hard to see how a third runway with millions more car and lorry journeys to the airport will improve air quality around west London.

"It will obviously make it worse. In doing so it will also raise the legal bar for expansion ever getting the green light."

There are concerns history will repeat itself following the last government's approval of a third runway in 2009, which was granted conditionally on the basis of improvements to air quality around the airport using cleaner technologies to bring about rapid improvement which have proved wrong.

The letter concludes: "In our view this issue is too important simply to wish away.

"Either the consultation process should be reopened so the views of the millions of people potentially affected can be properly considered or - preferably - the government should rule out expansion at Heathrow given the huge environmental and health impacts it would cause."