Buy To Let still strong in the long term, insists 'state of the sector' report 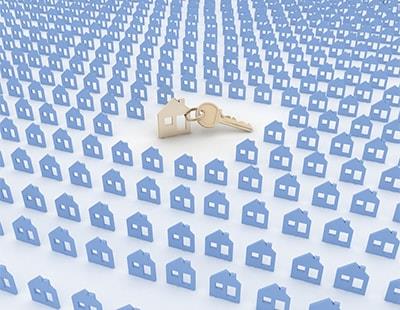 The growth of the private rental sector has slowed thanks to government intervention and economic uncertainty - but it will expand in the long term insists a major report out today.

Kent Reliance’s Buy To Let Britain report says the overall value of the private rental sector across the country dropped in the last quarter and now stands at £1.4 trillion.

Kent Reliance, a mortgage lender, says the combined effects of higher stamp duty costs, reforms to the tax treatment of mortgage interest, and tighter lending rules are responsible for the slowdown.

The number of households in the sector increased by only three per cent in the last year, to 5.7m, far slower than the rate of increase seen over the past decade.

On the supply side, only one per cent more landlords increased rather than shrunk their portfolios in the last three months, according to its survey of 1,043 landlords.

Meanwhile, analysis of UK Finance data shows the number of outstanding buy to let mortgages increased by just 1.5 per cent in the past year - this is merely one sixth of the rate seen three years ago.

Tenant demand has eased too.

Some 19 per cent of landlords reported tenant demand increasing in the last three months, while 23 per cent saw demand fall. However, Kent Reliance says this figure was heavily influenced by London, where political and economic uncertainty is having a large effect in prime areas.

However, the firm says that while landlords have seen softer tenant demand in recent months, first time buyer activity is still a long way from recovering to its pre-recession levels, despite a raft of government support measures.

“This has contributed to the long-term growth of the private rental sector and is set to do so in the future” insists Kent Reliance.

In the last decade, two million fewer first time buyers have been able to buy with a mortgage than in the decade prior to 2008. Over the same period, the private rental sector has grown by 2.2m households, accommodating frustrated buyers.

“This fundamental support for rental demand has not changed, as first-time buyers continue to struggle with affordability issues, high house prices and insufficient housebuilding” claims the report.

Just over 363,000 first-time buyers used a mortgage to buy a home last year, still 94,000 fewer than the typical number seen in the 10 years prior to the financial crisis despite an increasing population.

The report suggests that without a sustained recovery in activity, this means 940,000 fewer first time buyers will purchase their first home over the next decade than in the 10 years before the financial crisis.

It adds: “Conservatively, assuming first time buyer numbers recover somewhat, and private renting continues to account for a little over a fifth of households, rental housing supply will still need to cater for an additional 500,000 households”.

The report also suggests there is an increasingly professional approach being taken by landlords.

Those buying property are increasingly doing so as a limited company, allowing them to continue to offset mortgage interest costs against tax.

Kent Reliance’s data shows that in the first quarter of 2018, 72 per cent of mortgage applications for purchase were via a limited company – more than twice the level seen two years ago, and up slightly from 70 per cent in 2017.