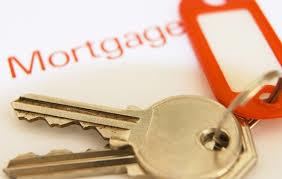 It is the first time the average cost has dropped below the 3 per cent barrier for all borrowers, regardless of the deposit size.

Mortgage rates are continuing to tumble with the average cost of a two-year fixed rate deal falling below 3 per cent, figures showed today.

Competition on the high street remains intense, with five lenders offering fixed rate mortgages of less than 1.3 per cent, according to financial information group Moneyfacts.

The latest round of cuts follows a further drop in swap rates, upon which fixed rate loans are based, as the prospect of a rise in the Bank Rate recedes.

The average cost of a two-year fixed rate mortgage has fallen by eight basis points during March to stand at 2.98 per cent.

It is the first time the average cost of one of the deals has fallen below the 3 per cent barrier for all borrowers, regardless of the size of the deposit they have to put down.

It comes weeks after the average cost of one of the loans for people with a 40 per cent stake fell below 2 per cent to 1.99 per cent.

The average rate for this loan-to-value ratio (LTV) has since fallen further to 1.92 per cent.

The drop in rates has been steepest for people with only small deposits.

The typical cost of a two-year fixed rate deal for people with only a 5 per cent deposit has dropped by nine basis points since the beginning of the month, while loans for those with 15 per cent to put down have fallen by 0.17 per cent.

Sylvia Waycot, editor at Moneyfacts.co.uk, said: “The drop to zero inflation has resulted in the constant speculation of a Bank of England base rate rise being kicked to the kerb for the time being.

“Removing that concern has made it easier for lenders to drop some rates in order to be more competitive.

“As remortgage lending figures are still depressed due to many borrowers being happy on current standard variable rates, the competition for the limited number of new borrowers is intense, hence the fall in rates for higher LTVs.”

Yorkshire Building Society currently has the lowest two-year fixed rate mortgage on offer at 1.18 per cent for people borrowing up to 65 per cent of their home’s value who pay a £1,369 fee.

It is followed by Chelsea Building Society and the Co-operative Bank, which both have rates of 1.24 per cent, at LTVs of 65 per cent and 60 per cent respectively.

Meanwhile, Post Office Money is offering a two-year deal at 1.25 per cent, while HSBC has one at 1.29 per cent, with both rates available to people with at least a 40 per cent deposit.

The Co-operative Bank also has the best buy deal for people with only 10 per cent to put down, offering a rate of 2.89 per cent, with a £999 fee.