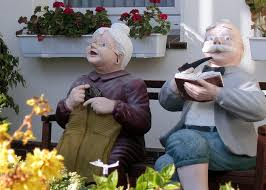 The number of people turning to their grandparents for help has soared four-fold during the past 5 years, says Santander.

One in 10 first-time buyers are relying on cash from grandparents in order to get on to the property ladder.

The number of people buying their first home who turn to their grandparents for help with a deposit has soared four-fold during the past five years, according to mortgage lender Santander.

The move is part of a growing trend for first-time buyers to turn to their family for financial support, with 32% saying they will ask their family for a loan towards their deposit, something just 13% of existing homeowners did.

It is likely to have been driven by rising house prices, which means the deposits first-time buyers have to put down are also correspondingly higher.

The study found that first-time buyers expect their deposit to be the equivalent of 32% of their annual salary, although one in five thought it would be more than half of their income.

By contrast those who are already on the property ladder say their first deposit was only around 20% of their pay on average, with just 5% putting down the equivalent of more than half of their earnings.

As well as higher house prices, 40% of people hoping to get on to the property ladder said everyday living expenses were eating into what they could save, something only 18% of people complained about five years earlier.

Many first-time buyers are having to delay getting on to the property ladder to put together a deposit.

They think it will take them five years to save a deposit for their first home, a whole year longer than the four years it took people who bought a property five years ago to save.

Women appear to face a bigger struggle than men when it comes to saving a deposit, with 23% of women expecting to have to save more than half of their annual salary, compared with just 14% of men.

Despite the challenges they face, first-time buyers remain optimistic with 20% expecting to be able to purchase a home within five years.

At the same time, 45% of people looking to buy say they are now more positive than they were a year ago, while only 20% say their confidence has declined.

Those looking to get on to the property ladder are also not deterred by predictions the UK economy could slowdown this year.

Around 44% of those questioned said that while they were concerned, they would go ahead with their purchase regardless, while a further 39% said economic factors would not impact their decision at all.

Miguel Sard, managing director of mortgages at Santander UK, said: “The purchase of a first property still remains high on the priority list for many people across the UK and it’s encouraging to see so many first time buyers feeling positive about the year ahead.”